What’s life like for Cubans in Miami? Statistics and stories

You are here: Home1 / Cuba2 / What’s life like for Cubans in Miami? Statistics and stories

What’s life like for Cubans in Miami? Statistics and stories

“Why are the Cubans in Miami so wealthy and powerful?” That’s one of the questions on Quora that makes eyebrows go up. Because the fact that they are super generous with their families back home does not mean they are super-wealthy too. But yes, “Cubans in Miami” scores as an important topic in the USA history map, as well as on the MobileRecharge.com fan map. Before diving into the Cuban fire for survival and artsy spirit, don’t let us pass by without mentioning the Mega Oferta Cubacel on international top ups running September 6-11. More info down the page. ;)

A very important thought to continue the talk. Today’s world is the result of migration waves. Look into your family tree, in the history book, and it’s obvious. When it comes to Cubans in Miami, well, they’ve been among the first groups to migrate to the USA, the American coast (ring a bell?) in the 60’s. That explains why 26% of Florida’s Latinos are Cuban, 18% Colombian, 16% Puerto Rican,s and 11% Mexicans. Find the precise date in the article Hispanics and Latinos in Florida on Wikipedia. Therefore, what role does this high percentage of Cubans play in the life of Miami? Which, by the way, has been a trendsetter or loyal reflector of the nowadays growing global trends of multiculturalism and multiracialism.

Did the wealth creators in Cuba fled to Miami in the 1960’s?

It seems there was no much of an economical reason to flee the country for the first wave of Cubans in Miami, as their younger relatives confess. For the first wave of immigrants it was about running away from the system, a rigid government, with anti-capitalist rules. 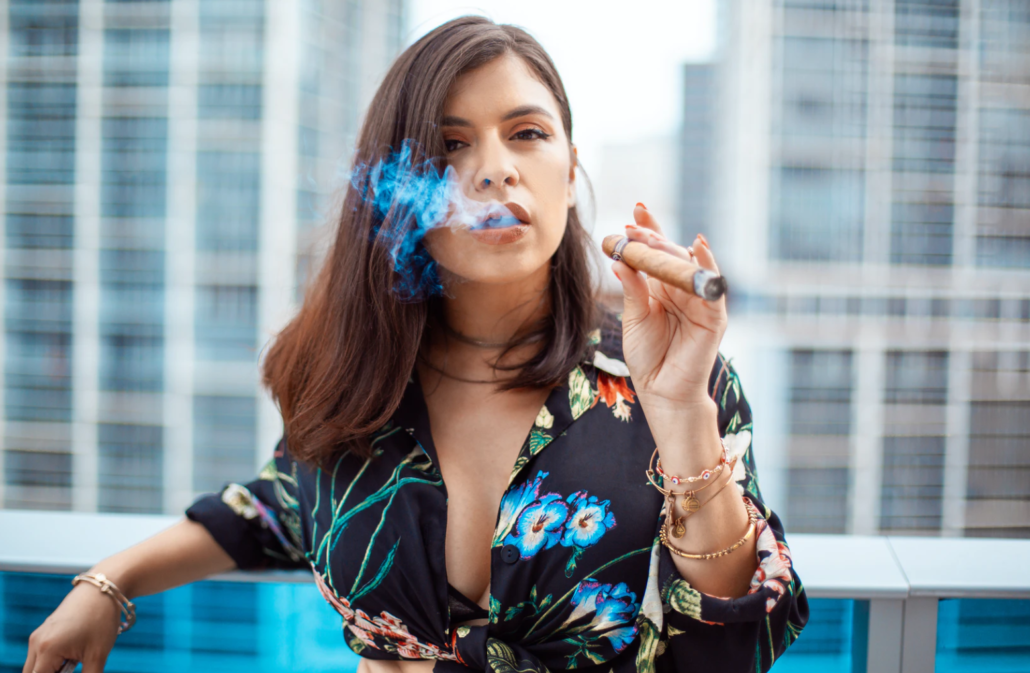 Here’s the hypothesis. The socialist systems we’ve seen did not like the educated, the skilled, leaders, right? So, when the Communist Party started its political journey in 1965 wishing to distribute wealth in a uniform way,  the first to flee the country were these categories that have been the wealth creators. . This is the most popular explanation out there.

Are Cubans in Miami privileged, and if so why?

People may ask. Well, it’s a historic fact. The first Cubans in Miami, as educated rebels most probably had a strong work ethic too, so, it came naturally to be appreciated in the USA.

Recently, Cuban immigration raised a talk, but Cuban immigrants “have enjoyed preferential treatment in the United States since the 1960s, and been given a direct and swift path to legal permanent residence” according to people’s memories and MigrationPolicy.com.

Interexchange.org introduces the idea of Miami as a “temporary” home for first Cuban migrants.

In 1959, the dictator Fidel Castro came to power in Cuba. As a result, a mass exodus of Cuban people arrived in Miami. Hundreds of thousands of Cubans came to Miami, many thinking it would be their home temporarily. The next influx of immigrants to Miami came from Haiti and Nicaragua in the late 1970s after their governments were overthrown. Further, what’s known as the Mariel boatlift in 1980 brought over an additional 150,000 Cubans to Miami. Since the late 1960s, Miami has been shaped by many cultural influences, particularly Cuban.

Jose Stevenson shares his part of his knowledge on Quora…

I’d say the first comers in basically the 60s were primarily the wealthy skilled people from Cuba. Some of them could have Plantation Owners, Dentists, Doctors, Businessmen, etc. If you watch Cuba Libre you’ll get a good idea of who they overall were. (Quora)

Roberto Ravelo makes a harsh statement too. How much of that is reality, myth, or stereotype? Please share the stories you’ve heard in the family or your community related to the firstcomers, Cubans in Miami.

As a Cuban American that arrived as a child in the 60’s what Jose said is right , Cubans don’t believe they are Latins they are racist towards Central Americans and blacks. When the first Cubans arrived they were the rich and powerful they started in banking and only helped the Cubans they never helped a black business owner start his business or if he had it to help while it was struggling. Right now there are no blacks in high positions in any Cuban businesses. (Quora)

Like any other imigrant comunity there are different people… the cubans i’ve met were former qualified workers in Cuba (a chemical engineer from a sugar/alcohol industry) but working on kitchens as salad makers, helpers and dishwashers in the capitalist land of oportunities aka USA. Some old exiled cubans got a vantageous position and used their Mob contacts to become that, powerful and wealthy citizens.

Nowadays, Cubans work in all fields, but…

Now there’s the inevitable question. How do Cubans manage in Miami today? Despite a segment of Cuban-Americans that made it in key positions or who developed well-appreciated businesses, the situation is not as pink as many would think, according to a poll published by CubansInFlorida.us. Cubans in Miami involved in the production, transportation, and material moving fields are more numerous than the natives and the rest of the immigrants.

Cuban immigrants had significantly lower incomes compared to the total foreign- and native-born populations. In 2016, households headed by a Cuban immigrant had a median income of $39,000, compared to $54,000 and $58,000 for all immigrant and native-born households, respectively. In 2016, Cuban families were living in poverty at the same rate as immigrant families overall, about 15 percent each. In contrast, roughly 9 percent of families with a U.S.-born head of household lived in poverty. (Facts About Cuban-Americans In Florida.)

Cuban authentic food is part of the local culture. Arts play a huge role in the vibe of the place. We found this article on the topic that made us proud. And if we look at the poll results published by CubansInFlorida.us, it’s obvious that 23% of Cubans in Miami play a role in the Arts, Science, Management, and Business sectors. Pretty close to 39% of the natives. You do the math. Income may vary from one sector to another, but they sure do have a rewarding life in terms of career. That’s not all. Those involved in Arts do benefit from the higher privileges of the industry and certain intellectual quality of life.

The rest of the sectors impacted by Cubans in Miami, the first or the second generation, includes services, sales, and office occupations.

Cubans in Miami speak up

Thank you Peter Santenello for walking around meeting Cuban fellows in Hialeah (near Miami), the largest Cuban enclave outside of Cuba to learn about Cuban Americans and how they live in the USA. That’s where Spanish and playing chess the old way… are at home.

We promised a tip for Cubans worldwide: MEGA OFERTA on top ups to cell phones in Cuba 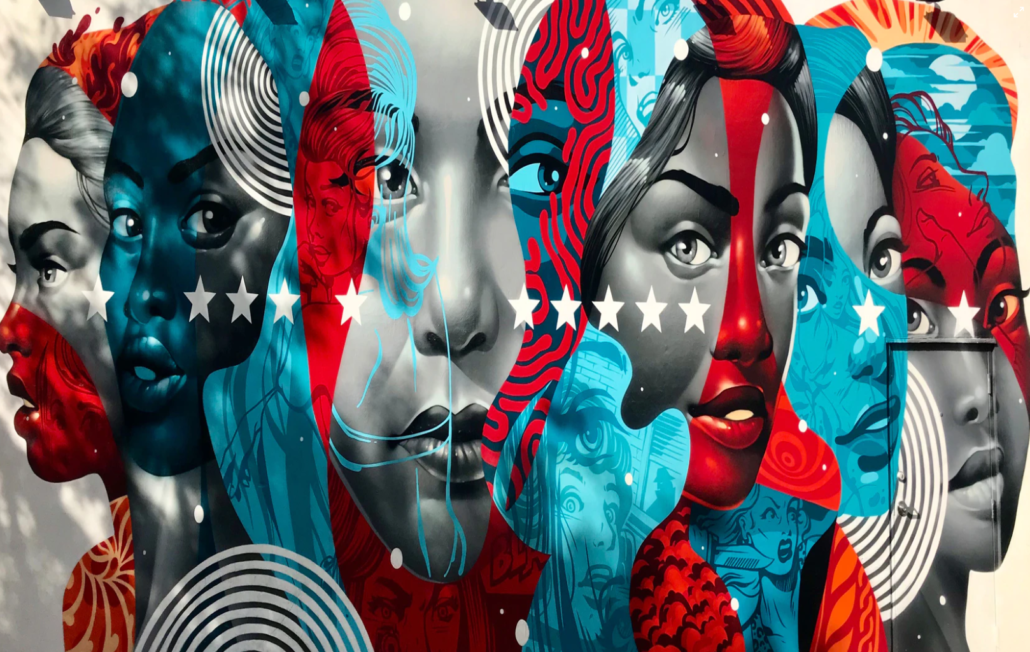