You are here: Home1 / News2 / Lockdown watchlist and free resources from MobileRecharge team

We’re here to help recharge your phone & your optimism!

Somehow MobileRecharge team is catching up what has been in vogue way back in 70’s… No, kidding! Yes, some people are taking the time to turn the watchlist into lockdown watchlist instead of hunting down the “latest break-though” in cinema.

Netflix rules, but what exactly is there really worth watching and why during this pandemic season? Here’s a lockdown watchlist custom-picked by MobileRecharge team working from home. Plus some IMDB recommendations and some hints on free watch-online services. MobileRecharge lockdown bonuses to get extra on your mobile balance at the end of the article.

Note: Most of those using the service have been sending credit abroad to family and friends, but during this pandemic  many more are using MobileRecharge.com or MobileRecharge app to load their own mobiles or their families to keep away from the store.

The IMDB lockdown watchlist comprises a narrow 25 movies from different registers, having different scores from 5 to 8, which is top notch.

Besides The Good Place and  Vikings, MobileRecharge people share some more of their lockdown watchlist meant to raise the spirits and counter balance the news storm. We need to keep safe mentally now and invest in the time to come that will ask us to deliver life, so these days we are also what we watch.

I have received lots of recommendations to watch over the years, but never found the time to start such a long show. Well, time found me and it’s a good match with the home office blues. (Cristina, MobileRecharge team)

Actually some of the MobileRecharge people we’ve talked to are way behind with their watchlist altogether. So, basically their lockdown watchlist is more about “finally, let’s watch that this year.” :)

Aurelian for example has just started Peaky blinders. Yes, exactly, there are people who haven’t check that one out their list. But he’s a fresh dad, and he falls asleep when lying down in front of the TV. Whoever has been there before, knows why the bell rings. ;)

Ramona, one of the email voices in MobileRecharge.com is keen on Casa de Papel these days.

Claudia, the undercover rocker in the team is addicted to Netflix.

I have a few series on my watchlist that I never got around to watching when they were really popular, so I’ve been binge watching them on Netflix since the quarantine began. My three favourites right now are Outlander, Peaky Blinders and Mad Men. They are all wildly different from one another, but have well thought out storylines so they’re sure to keep you entertained. I also rewatch the occasional Friends episode when I need an extra dose of optimism.

Friends, because it is funny, light, entertaining and kind of timeless and relatable. Harry Potter, because the my child mind needs some magic. One recent movie that I enjoyed was Knives Out; it keeps the suspense in place for a long time, it has many plot twists and a very good cast.

Adrian, our Web guy, is a sensitive soul and movie fan, so we couldn’t skip not taking a look at his lockdown watchlist.

Wayward Pines on FOX. Plot twist after plot twist. It keeps you eyes wide open to the screen…

Rated 7.4 on IMDB, the American drama series of 2015 is a mix of mystery and science fiction, based on the Wayward Pines novels by Blake Crouch. For those keen on photography the visuals will also be pretty inspiring.

The Night Manager on HBO. “An antithetical encounter between Hugh Laurie and Tom Hiddlesen. A very catchy story with a continuous moral discourse in the back, and ethical issues brought out to light.” (Adrian, MobileRecharge team)
The Good Place, a fine easy-flowing comedy spiced up with philosophical issues about good and evil, what eden and hell could stand for.” (Adrian, MobileRecharge team)

Pandemic movies for the fearless

Remember the protection costumes from Outbreak (1995)? well, they’re not yellow, but the design is what we now see in the news or live. While such movies are a total turn off for most of us these days, it is on the lockdown watchlist of many who cope well with fear and prefer to rationalize the situation, its solutions and the harmful potential of virus outbreaks. 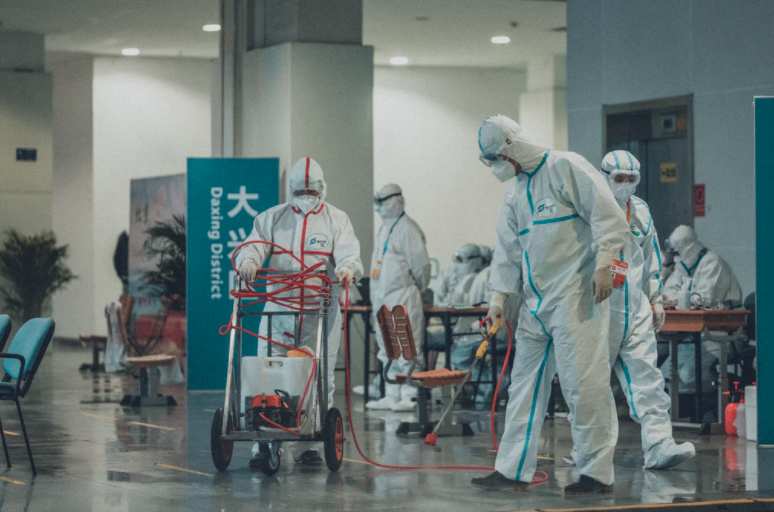 Photo by Tedward Quinn on Unsplash

Getting back to Outbreak, the American movie directed by Wolfgang Petersen and based on Richard Preston’s nonfiction book The Hot Zone, brings forth a medical disaster that breaks out in a small American town. Efforts to make the virus spread start having to also deal with an army general who wants to prevent the cure and use the virus for a bioweapon. The casting is glorious: Dustin Hoffman, Rene Russo, Morgan Freeman and Donald Sutherland, and co-stars Cuba Gooding Jr., Kevin Spacey and Patrick Dempsey.

I Am Legend (2007) is already a legend. The main character played by Will Smith is among the few survivors… and is about to discover a new world. We won’t spoil it for those who haven’t watched it yet.

Photo by Dean Maddocks on Unsplash

Blindness (2008) stars Julianne Moore and proposes a context where the world is hit by a pandemic that renders people blind. Based on the Portuguese novel by José Saramago, the film looks at what happens when . Worth it for the cast alone, which includes

Carriers (2009) is a post-apocalyptic drama that follows four friends who survive a global pandemic and take a road trip to a hopefully peaceful place. Things are more complicated than they seem.

Podcasts are the voice of influencers out there in the most friendly and free format on the media market. They are hilarious, include exuberant knowledge, and are stimulating thanks to the wild debates that have nothing to do with tabus. Points of view are comprehensive. They are entertaining and a source of great information, since hosts are usually specialists, or great minds of today, radio people, journalists, vloggers and bloggers, public figures, stand up comedians, actors, and so on. 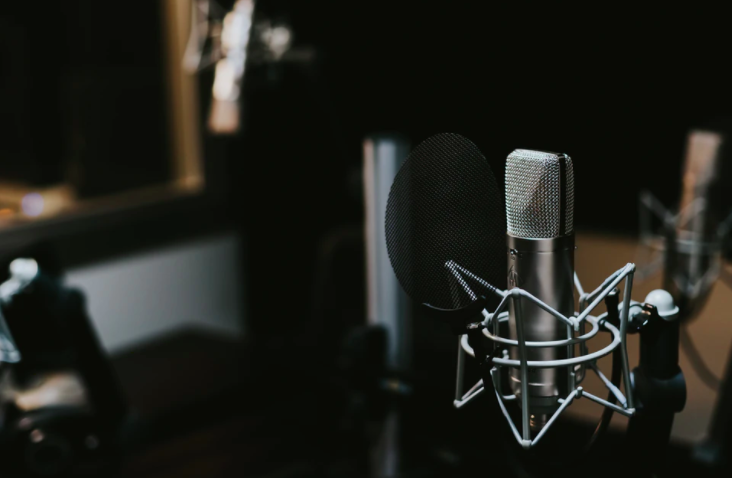 Photo by Jonathan Velasquez on Unsplash

Another plus is that we can listen to podcasts while cleaning the house or cooking, or even while driving. What we love about podcasts is that they can deeply explore a topic without the constraints of a TV show or radio program though. Let’s just say they are one of the most liberal and free format out there.

Sometimes they work like radio shows “with a view” and that makes them great entries on a lockdown watchlist. They may include interviews or monologues on a theme. They are informative, entertaining and enlightening, giving hosts a chance to connect with their audiences and promote an idea, a project, a civic or cultural initiative,  or simply make a point and explore a topic. It’s a format with a lot of potential.

Anyhow, you can google anything. Add your topic of interest plus “podcast” and results will turn to you in seconds. ;)

Where to find great documentaries?

Photo by Yohann LIBOT on Unsplash

If you need to trade fiction for reality, documentaries are your piece of cake. Here are some platforms we favor for their variety and openness to share footage from www this time World Wide Wow. :) Pick your domain or just tap a Preview, you won’t be disappointed.

We call TEDTalks platform the Netflix of scientific talks made popular. It’s a great source of information (the gist of it) in an entertaining and vivid way via videos. Another advantage of adding TEDTalks on your lockdown watchlist is that you can choose your topic, speaker, and have rich insights summarized in a casual language, spiced up with humour. Enjoy, we do!

Here’s what Andreea, our MobileRecharge playmate, has watched lately…

IMDb Freedive is available in the USA to watch full-length movies and TV shows on IMDb and all Amazon Fire TV devices for free. Yes!

Kanopy streams thousand of films for free thanks to public institutions’ support.

Popcornflix is a platform open not only for USA but also other parts of the world, hosting TV shows, virals vids and famous movies. Have you tries it?

If you know more, please share in the comments.

From public institutions to the corner shop, lockdown deals are ON to support each other. Now, it’s our turn!

Count on us for easy and fast  top ups of your own mobile phone or transfers for your family and friends in the USA and the rest of the world. Help them avoid stores, shop online for them!

Who can benefit?
You, your friends, folks and neighbours

How long does it take?
Few seconds only

LOCKDOWN DEALS to top up MOBILES