You are here: Home1 / News2 / 10 Myths busted about immigrants worldwide 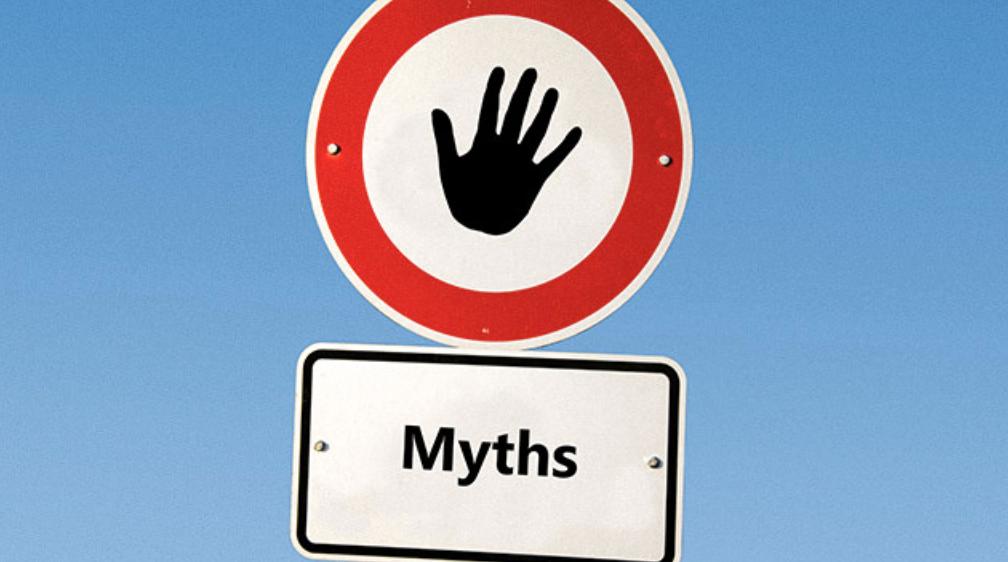 A lot of things are said about immigrants. Some are flattering, some are annoying or too general not to get frustrated. To keep it realistic, MobileRecharge team insisted on looking for facts to debunk most of the unrealistic myths out there that create separation instead of bringing us together. Before we jump into the topic, we need to slip in these expat offers in December to give a helping hand.

Mindset is the key that decides if the myth is true or not. But let’s not generalize. We know a lot about immigrants because they are our friends on MobileRecharge.com. We serve them, all the expats out there. 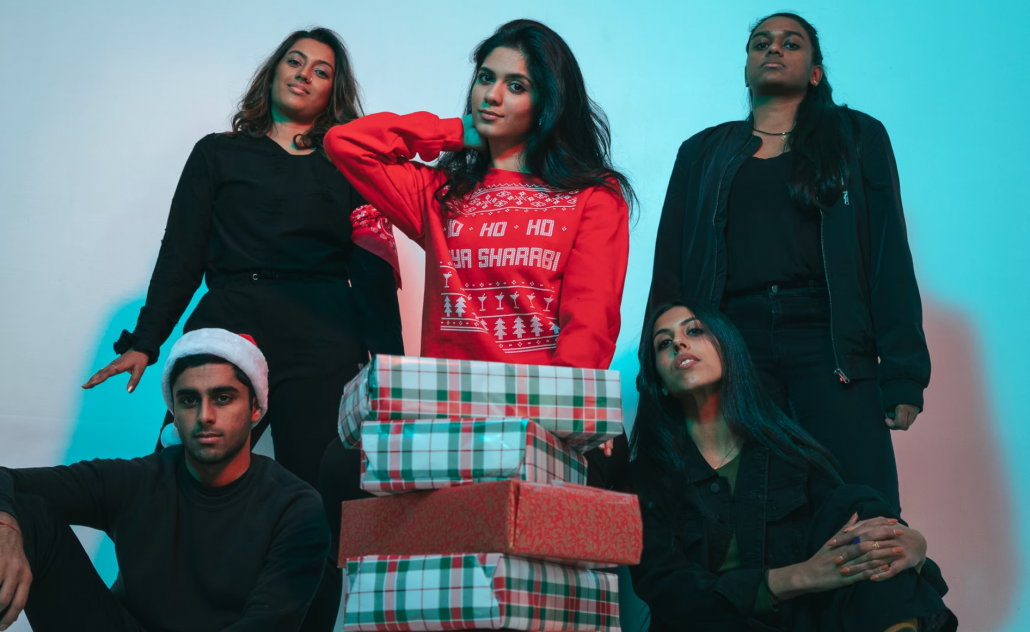 So, we can see most of our fans overseas prove a high adaptation skill. What we can see is that they develop a double belonging to both home culture and new home culture instead. Yes, of course, there are many who are not able to find that ‘homely’ feeling abroad, and thus they don’t feel a sense of belonging, but they seem a minority in our community.

What we know about our friends on MobileRecharge is that they moved with an open mind and heart and a huge willingness to embrace the standards and rules of the new country of residence. They get the chance of a well-paid job, new cool friends, new places to visit, new ways to have fun. Many extras.

So, having this in mind, myth busted.

2. The top reason for moving overseas is favourable salaries 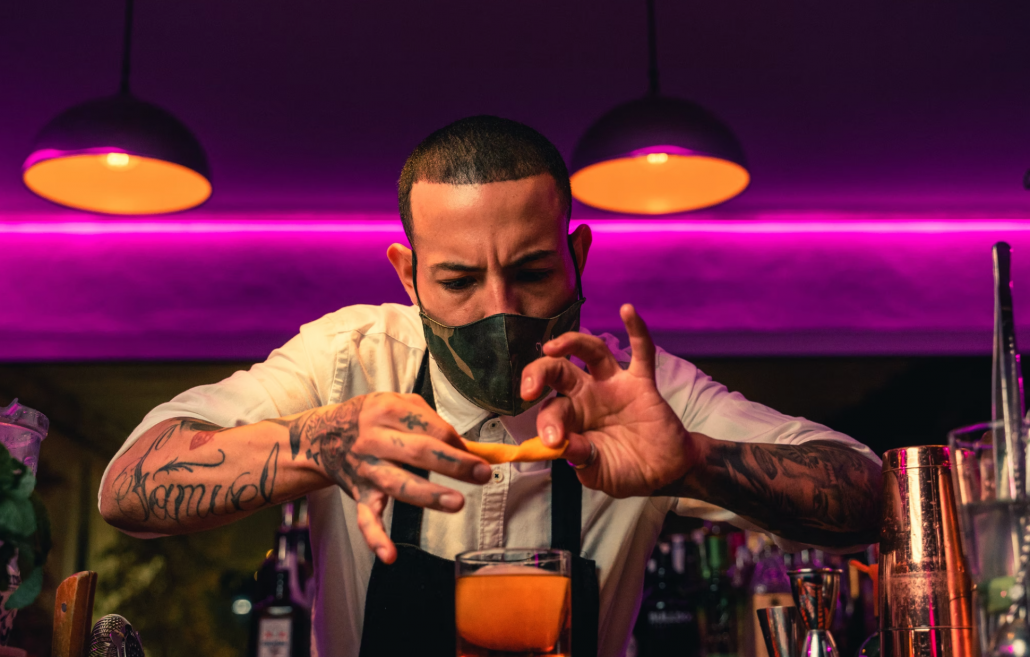 Of course, the salaries in high-class economies are attractive, but that’s not the truth and nothing but the truth about immigrants. It may come as a surprise for many who do not have many expat friends, but there is another important trigger besides that or even instead of that. Most people who make the move to a new country are doing it to find a better way of life, with all aspects that personally matter. That includes freedom of speech and action, novelty, career prospects, new opportunities to develop personally, lifestyle in general, better standards of living. Where do you fit in? Where do your friends fit in?

3. Immigrants will take our jobs 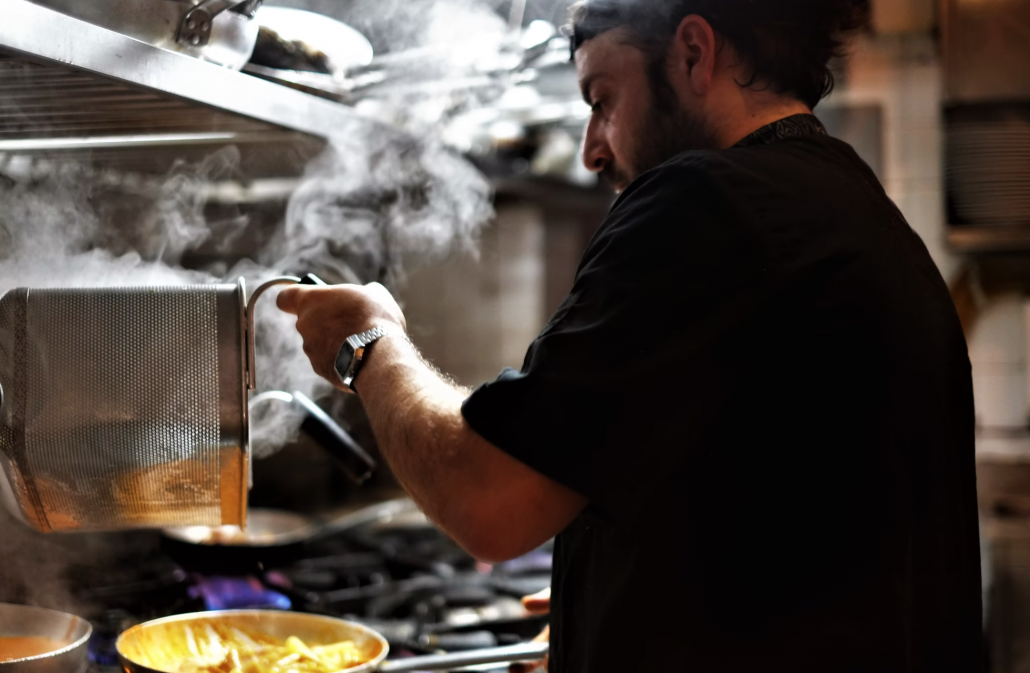 Immigrants make a bit over 13% out of the total USA population according to different sources. And indeed, 70% of them believe that hard work is the key to success. And guess what! 5.6% of US-born citizens are self-employed, while 7.6% of expats are self-employed according to BushCenter.org. Besides the immigrant-owned businesses, and that is reflected 40% in the Fortune 500 rankings. That is one aspect to consider when trying to debunk the myth.

In the seiu.org article “Immigrants take our jobs” we get more details…

The largest wave of immigration to the U.S. since the early 1900s coincided with our lowest national unemployment rate and fastest economic growth. Immigrants create new jobs by forming new businesses, buying homes, spending their incomes on American goods and services, paying taxes and raising the productivity of U.S. businesses.¹ In fact, between 1990 and 2004, roughly 9 out of 10 native-born workers with at least a high school diploma experienced wage gains because of increased immigration. . . The problem with today’s economy is not immigrants; the problem is our broken immigration laws that allow big business to exploit workers who lack legal status, driving down wages for all workers.

You think? Actually, it seems it’s very difficult to immigrate legally to the United States due to the immigration law, which is second in complexity after the income tax code.

Cato.org has written a whole article about immigrants and the difficulty to become a legal expat. The list is so long, you’ll need to book more than a lunch break. Just to mention some:

Before voicing another popular stereotype, we’ll give the spoiler: it is a misconception out of nostalgia and not a real study. 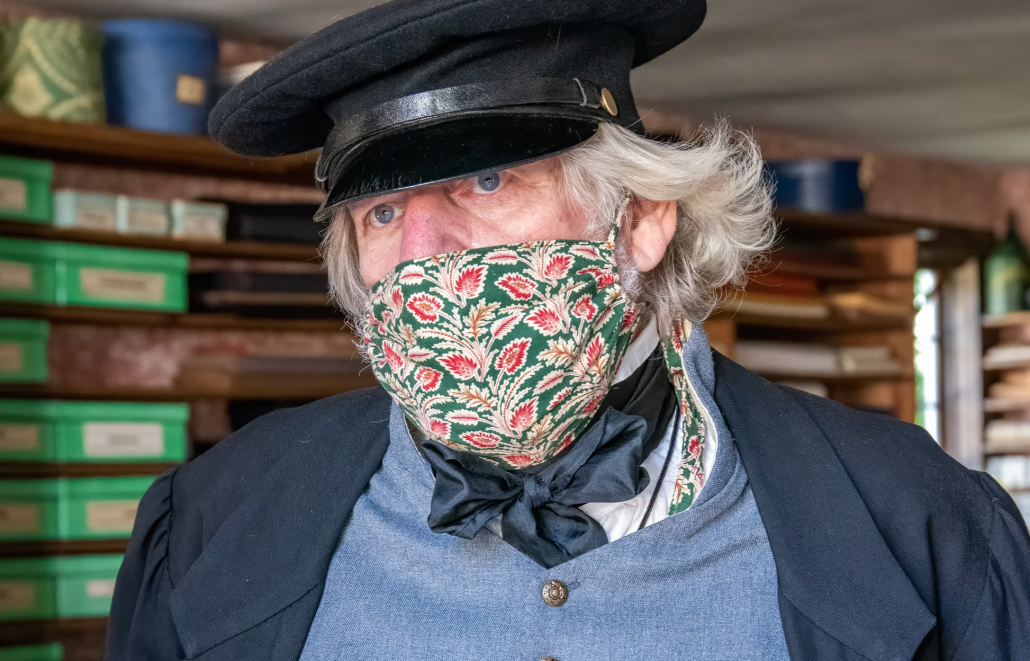 Today’s expats, including Mexicans and Chinese, “are assimilating as well as or better than immigrant groups from Europe over a hundred years ago” according to Carnegie.org. ScholarPrinceton.edu talks about a nostalgic opinion about immigrants in the past.

Many politicians and voters hold the nostalgic view that European immigrants assimilated quickly in the past, in contrast to immigrants today.1 However, this passionate debate about cultural assimilation is not new.

And the conclusion of the study quoted above debunks the myth.

Both then and now, immigrants chose less foreign names for their children as they spent more time in the United States, reducing the difference in name choice with the US-born by about one-half after 20 years in the United States. There are substantial differences in the pace of name-based assimilation by country of origin, with the immigrant groups most often accused of slow assimilation assimilating most rapidly. 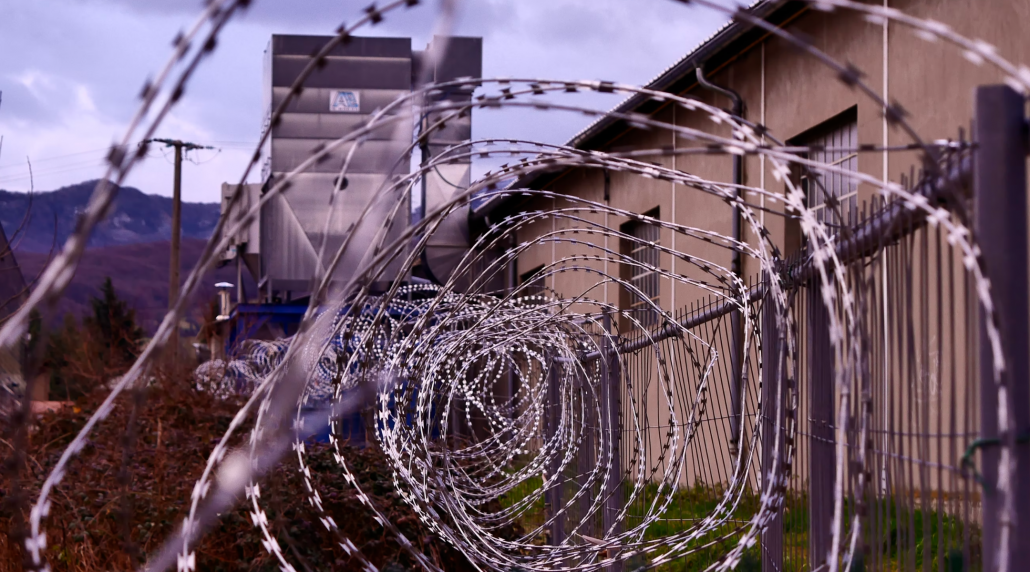 That’s a dangerous stereotype with a strong impact.

The foreign-born share of the population is unrelated to violent crime according to the most recent research findings. .  . In recent economic analysis, a 1% increase in the share of the population that was born in the A8 countries leads to 0.4% fall in property crime. . . Foreign-nationals are less likely to report being a victim of crime than British nationals.

In the USA, “incarceration rates are lower for foreign-born men than they are for the native-born population” according to www.urban.org.

Europe hosts a controversy today… The open-door policy towards refugees came to effect like never before in the past years. Germany, Sweden, and the United Kingdom welcomed the largest number. According to the media, sexual crimes increased.  But although the number of reports of such crimes is increasing, the number of convictions for them is falling. So, the question arose: Are the police reasonably afraid of being accused of racism?  Just a question launched by europarl.europa.eu.

7. Smart immigrants in the USA impoverish other countries 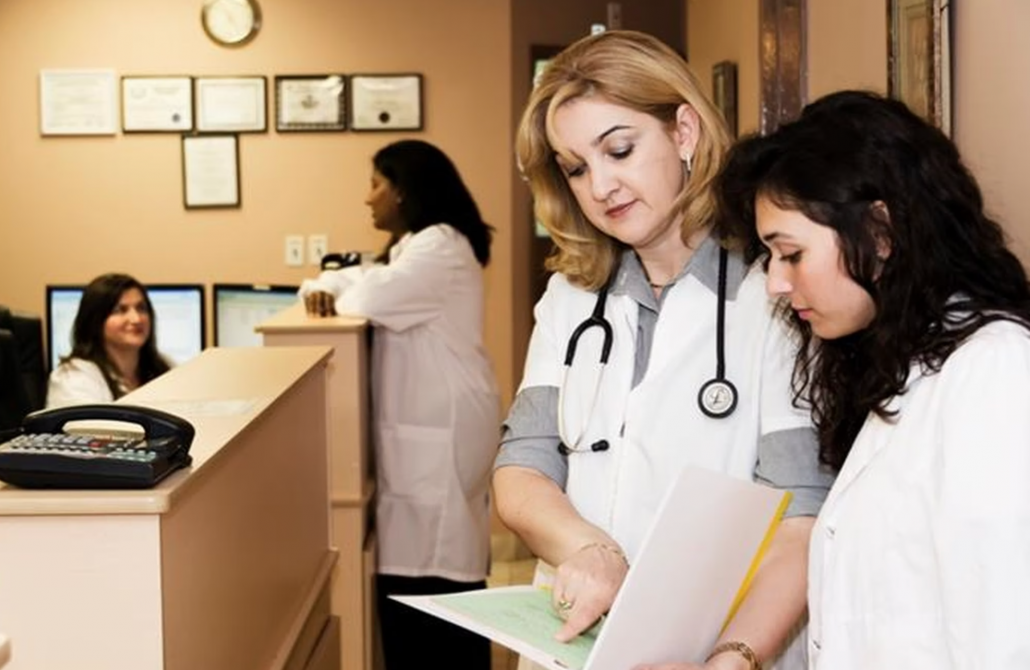 Smart people is a relative concept. Highly skilled, well educated, or natively smart and adaptative rather than trained… are everywhere. Some stay and some go abroad, and that’s something easy to demonstrate.

To start life in a new country requires more than intelligence or skills. It’s a matter of courage, a need for adventure. Expats-to-be do feel the fear of losing what’s familiar and risking it all (both physical and emotional), but decide to act nonetheless. That’s modern bravery.

According to a usnews article on a study upon adventure rankings per country shows that Brazilian, Italian, Spanish, Greek, Thai, Mexican people are the most adventurous. It may connect to the expat waves or not.

Anyway, applying the principle that smart people are everywhere, but courage is the key that makes some stay and some go, the myth is busted. There will always be smart people left in the motherlands. 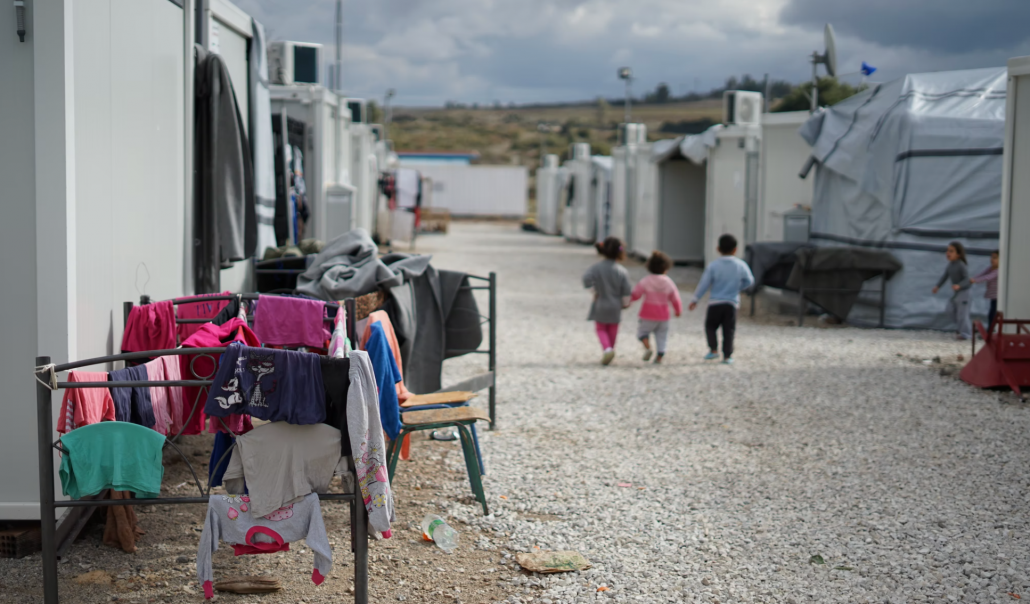 What many harsh critics who talk about immigrants fail to mention is that some expats are first refugees. And when you are a refugee you flee from violence in search of safety. And only those who asked for refuge in Canada know that one needs to go through a very rigorous security check before entering Canada.

So, let’s put it this way. Everyone starts with a clean record, just like locals. What happens next is a different story for both expats and locals.

9. There is border crisis in Canada

Nope, false alarm. There is no border crisis if you’ve heard about immigrants in this situation. What’s true is that the number of refugee requests into Canada has risen over the past years, but that’s no new thing. In 2001, Canada had a similar experience.

10. Most US immigrants are not here illegally 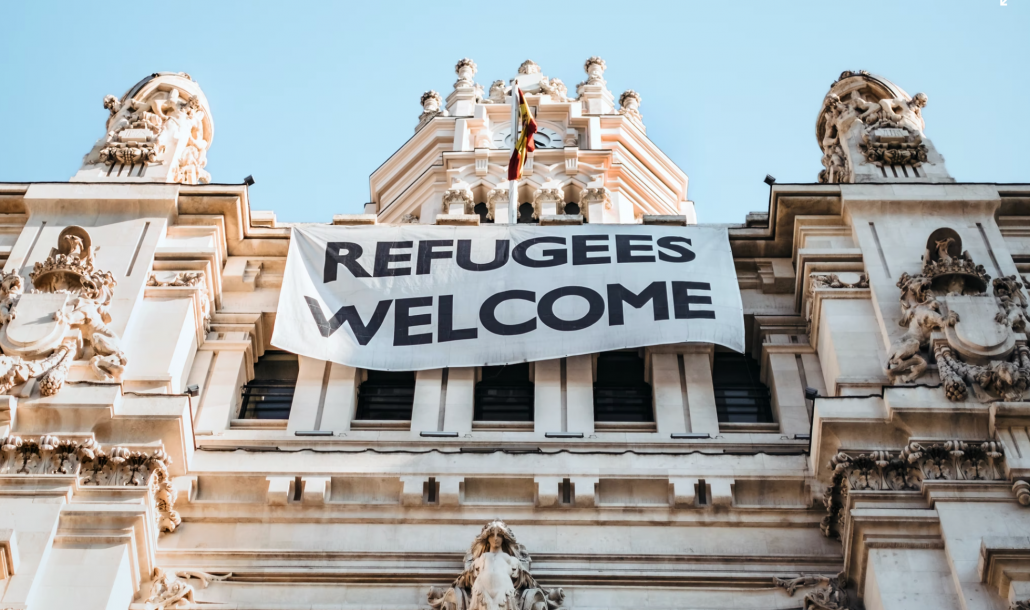 According to several sources, including urban.org,  41.3 million people in the US were born in a foreign country. And an estimated 11.3 million are unauthorized. So, that’s not a majority. Myth busted!

Oh, and there’s something else to consider. Many unauthorized immigrants do not arrive by crossing the US-Mexico border in case you had that on your mind.  45% of visas fall into these categories: legal tourism, education, or temporary work.

In 2017, 45% of immigrants were naturalized citizens and 27% were lawful permanent residents (sometimes referred to as Green Card holders). The remaining 28% of immigrants are refugees and asylum seekers, people who are in the U.S. on temporary visas (including student and work visas), and undocumented immigrants. As of 2019, there were an estimated 10.5 million to 12 million undocumented immigrants living in the U.S., or less than 4% percent of the nation’s population.

Before you leave this reading, you may want to check these EXPAT DEALS. ;)