10 things people are curious to know about Cubans

You are here: Home1 / Cuba2 / 10 things people are curious to know about Cubans 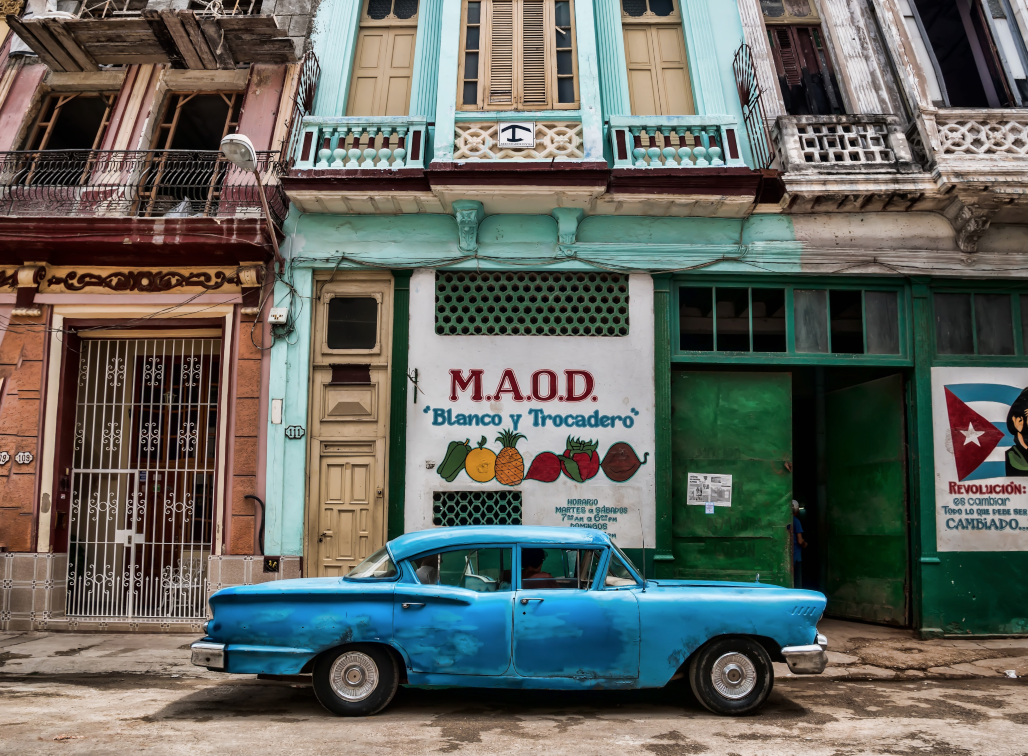 What questions have you been asked as a Cuban abroad? We bet you heard a lot and you can range those questions from “weird” to “good point”. That’s face to face… But did you ever wonder what people want to know about Cubans when they’re left alone with Google? :) Maybe it’s the enthusiasm on the verge of the Cubacel PROMO for Cubans abroad and their folks back home, maybe just our long-boiling curiosity, but we took some time to see what searches and questions are there in the World Wide Web about Cubans.

If you please, leave a comment with the questions you’ve been asked. Or what would you have answered the ones we found…

Sounds funny for the Cubans abroad. But there’s some trigger for this question in reality. Spanish that is Castilian is the official language in Cuba, yet the Cuban–Spanish comprise significant variations. Sometimes even native-Spanish speakers may have difficulties in understanding nuances or even basic expressions.

Cuban Spanish has been influenced largely by west-African languages of the enslaved people the Spaniards brought when they colonized the island. It also contains elements of the indigenous languages of the island’s original inhabitants. Cuban Spanish is intelligible to other Spanish speakers, but at times with difficulty due to the aforementioned influences. (LearnSpanishConsalsa.com)

Just an example… Cuban Spanish typically uses the diminutive endings -ico and -ica, and not -ito and -ita. For example, plato (“plate”) will turn into platico. Or take the Cuban word “acere”. Try look it up in the Spanish dictionary and you’ll be surprised to find that it means an assortment of smelly monkeys. :) And Cubans use it a lot, and that doesn’t mean they’re smelly monkey fans. That’s not a Cuban beverage either. Cubans employ it to say “friend.”

For those of you reading this, who are not Cubans here’s a bonus info that will make your eyes pop out of surprise. :) There are other languages spoken in Cuba like the Haitian Creole, Lucimi, Galician, and Corsican. And of course English in touristic areas. The Cuban hallmark is that nasal accent and the rhythm of their intonation. Ring a bell? :)

#2 What do they eat in Cuba for breakfast?

Most Cubans start the day with a cup of “café con leche” (coffee with milk) and toast of Cuban slice of bread and butter. A fried egg is also something common to go along.  A dark espresso coffee often goes after or before the whole ritual. Did we mention the toast may sometimes have also have ham and or cheese? Well, expect a rich breakfast in Cuba. But of course, if you’re used to the traditional British breakfast the Cuban would be piece of cake.

Want to know more about Cuban food? Here’s a fun touchy video for you. It’s also for you dear Cubans out there… :))) Have a bite!

#3 How is Fidel Castro viewed in the eyes of Cubans?

There are split opinions as there will be about any topic in the world! And Cubans are different, independent thinkers choosing their wars and gains, perspectives. And Cubans have strong opinions. Few will settle with “I don’t know what to think…” The idea here is that there is a clear distinction in how Cubans see the revolution and Castro based on their age group and where they live…

We picked one highly voted explanation on Quora to share with you. Agree or disagree? Please share your opinion below.

60+ People from the Castro generation that still remains in the island generally tend to be very pro Revolution and Castro.

Cubans in this age bracket that live in the US, especially Miami, see Castro  as the pure Evil. Nonetheless, you have to remember that these group saw all their properties, and rights taken away or did they give up those rights? Another answer. Freedom of travel, of speech, of investing, of working without a government middle man, all gone. All those rights were taken away little by little. Caveat, these usually were the middle and upper classes mainly from the main cities in Cuba at the time of the Revolution.

40 – 60 yrs Old These are the children of the Revolution.

There is a small group that still is very pro Revolution and Castro, and will follow the Revolution till the end.

The other group, the bigger group of all,  are somehow the indecisive, they know something is bad and many have flown to other countries but after years of flushing communist ideology into their mind is difficult for them to see the root of the problem.

* This the group that will suffer the most in case of a change to a market economy. Imagine, almost everything that you were taught was a lie, or doesn’t hold in a Market Economy. Many in this group are going to be to old to adapt or change their ways.

-40 If I have to catalog this group with one word, is change, they want change, they don’t know what change could entail but they don’t really see a future. They have lost one of the most important thing a human being can have, and is HOPE. They know that there is no hope in Cuba if the system doesn’t change. The answer for this lack of hope is emigration to whatever 1st developed country they can go. US, Canada, Spain, even Mexico.

#4 Do many Cubans speak Russian?

Between the 60’s and the 80’s, due to or thanks to the Russian influence in Cuba (and the protocols between the 2 countries) many Cubans went to study in the Soviet Union. Some still remember some Russian, others can speak it fluently if they married Russians or kept working in an Russian-speaking environment.

Also, during the 60’s and 70’s Cubans in high school had to choose between English and Russian as a second foreign language. The overwhelming majority chose English, but many picked Russian. Does this answer the question?

#5 Are there any white Cubans?

Yes, of course! Did you often hear this question in your mind? “What are Cubans supposed to look like?”

According to the Cuban census, the majority of the Cuban population self identify as “white”. Being black in Cuba is also common. But Cubans define black and white a bit different than the Northern hemisphere. Because in Cuba, Cubans with even a trace of white blood will consider themselves mixed race, which is a very common phenomenon in through Latin America, right?

If we are to stick to an older census dating back in 2012, percentages look like this:

Why are most Cubans white? Well, because white Cubans descend from Spanish immigrants from the Andalusia, Canary Islands, Galicia and Catalonia (18th to the 20th century waves).

#6 What do Cubans think of American Cubans?

Your opinions wanted here! But of our experience, Cubans who are relatives of MobileRecharge.com fans think positively. Yet, due to the state propaganda, the active Cuban American exile is not well regarded.

#7 How do Cubans keep those old cars working for so long?

Especially when spare parts are hard to find? Good point. :)

Well, Canadians love Cuba as a winter destination. And there are millions come to embrace Cubans’ weather, food and cars. :) From Toronto, Montreal and Winnipeg there are multiple direct flights to Cuba every day. But what does that have to do with cars, right?

You do the math-match: 1) Canada has a big car culture and 2) Canadians flock to Cuba every winter. Many Canadians travel with 2 suitacases. One with clothes, and the second one with bath supplies for the locals, and sometimes car spares. 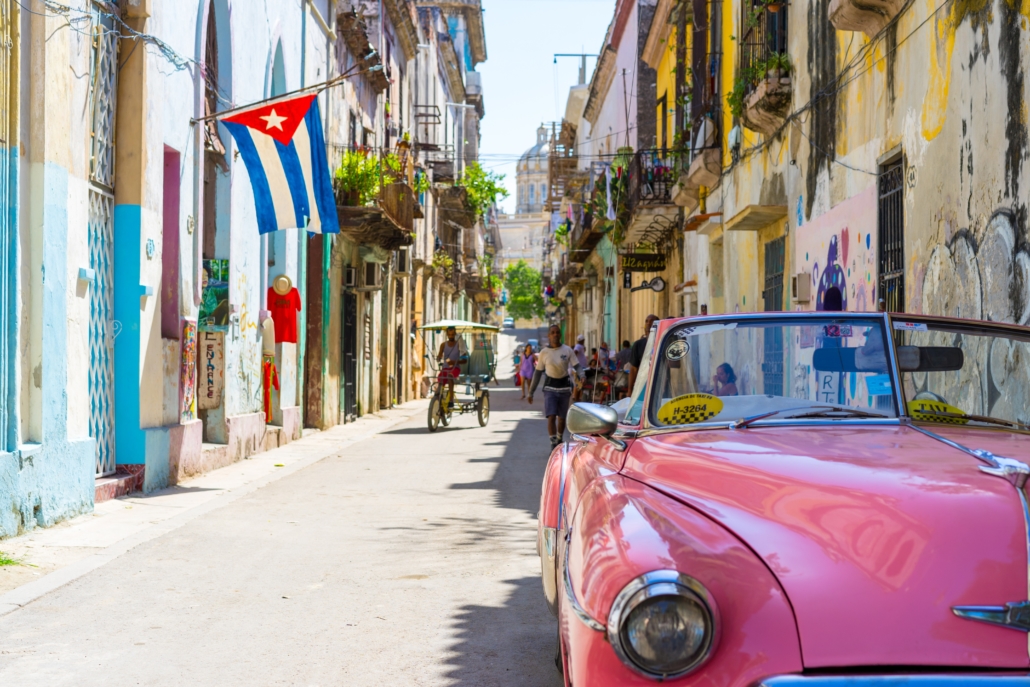 Photo by Alexander Kunze on Unsplash

#8 Why did Cuban immigrants come to America?

Why hopelessness? The system controlled everything about Cubans’ lives for almost 60 years. From education to international communication, income, traveling, elections… All in all, Cubans immigrating to the USA and other parts of the world were sick of repression and rationing.

As much as we know (validate please Cubans out there)…  most Cubans don’t like spicy dishes. Cubans sometimes use black pepper, but chili peppers… nah! Even restaurants don’t have it, mainly because it’s hard to find. But the black market has it…

Now if you include onions, garlic, cardamom and ginger in the “spicy” category, then yes. Cubans love them all. Their standard side dish, arroz moro, is white rice cooked with black beans. Oh, and did you know Cubans use less salt than Europeans?

#10 What are the best gifts Cubans would enjoy?

So, in translation anything can range from tooth brushes (Superman or Dora are highly appreciated) and floss to hygiene products, vitamins, sunglasses, clothes. You name it.

If you don’t get to go there in the near future, we’ll back you up with ONLINE CREDIT for Cubacel, Nauta or 3G. It takes seconds and you won’t miss your bus if you use MobileRecharge app instead of MobileRecharge.com. But of course, if you’re the armchair king, you can have your coffee while making as many top ups to Cuba as you like. Not that it takes a lot of time, on the contrary! But Cubacel Bonuses are MORE THAN DOUBLE next week (May 13-18, 2019). ;) 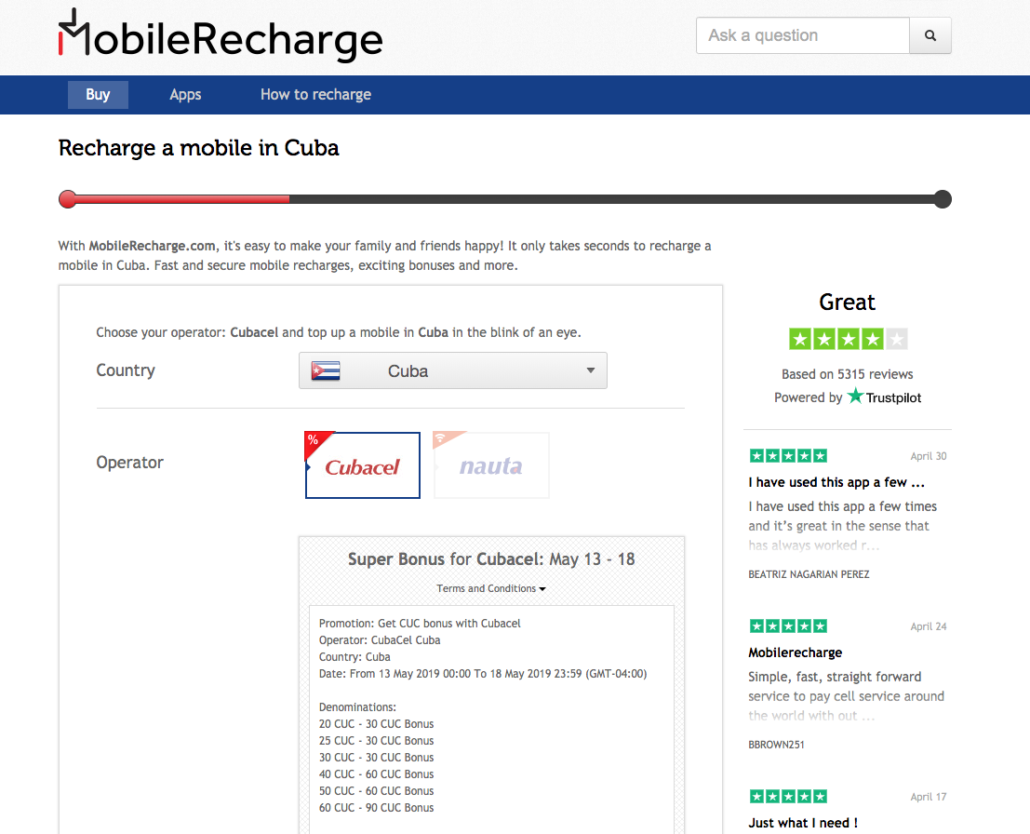 Check the BONUSES to Cuba