You are here: Home1 / Cuba2 / 5 Cuba news headlines that made it to the front page these days 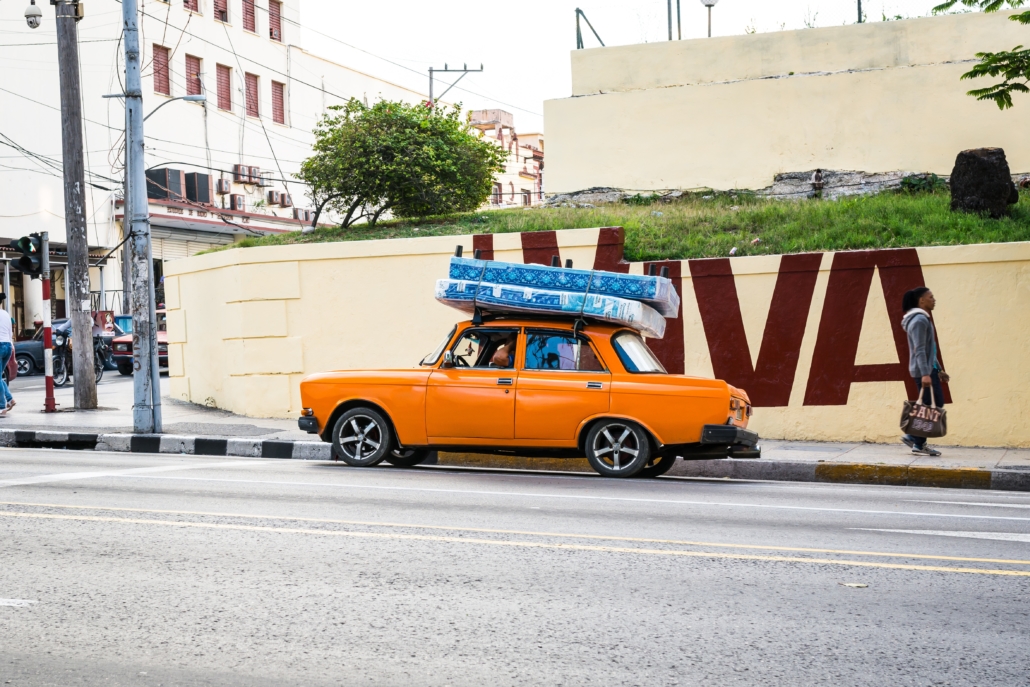 Photo by Gayatri Malhotra on Unsplash

Where are you getting your Cuba news from? Facebook, Twitter, YouTube? TV news programs, your auntie, your colleagues? Today, we’ve woken up early and have some updates for the past days. Don’t expect only good news like… plans for food shortage or the NEW Cubacel PROMO next week.

Things are controversial again. US made some travel changes in the relationship with Cuba, and many started wondering if dark age or the “special period” is settling in again after the Obama euphoria and the rising tourism in Cuba. More Cuba news below…

AmericaCGTN.com explains the traveling restrictions on Cuba in their latest Cuba news article called “Why is the US cracking down on Cuba?“:

The Trump administration has imposed new restrictions on travel to Cuba for Americans. They include eliminating some recreational and educational trips. The U.S. State Department also announced it will bar cruise ships going to the island.

The measures are yet another roll-back on progress made between former U.S. President Barack Obama and former Cuban President Raul Castro, which Trump has described as a “one-sided” deal with Cuba.

But critics call the move political — a retaliation for Cuba’s humanitarian and political aid in Venezuela, and a hat tip to conservative Cuban-Americans ahead of 2020 presidential elections.

According to Investors Chronicle’s latest article on Cuba news, last year half of all 630,000 non-Cuban US citizens who visited Cuba (Havana government’s statistics) went there by cruise ship. According to the same source, this year 55% of all 257,500 American tourists to Cuba so far, arrived there on cruise ships.

This had boosted Cuba’s growing private sector, which includes more than 2,000 restaurants and 24,000 private rooms in bed and breakfasts.  “The annual financial impact, assuming approximately 300 sailings originating in the United States transporting approximately 800,000 visitors, will be up to $112m in passenger expenditures and up to $20m from port fees,” said John Kavulich, president of the US-Cuba Trade and Economic Council. (Cubans queue for food as Trump tightens sanctions, Investors Chronicle, June 18, 2019)

According to TheHill.com, Cuba news got really hectic these days. They say “Cuba faces the next migration wave”. What do you know about it? 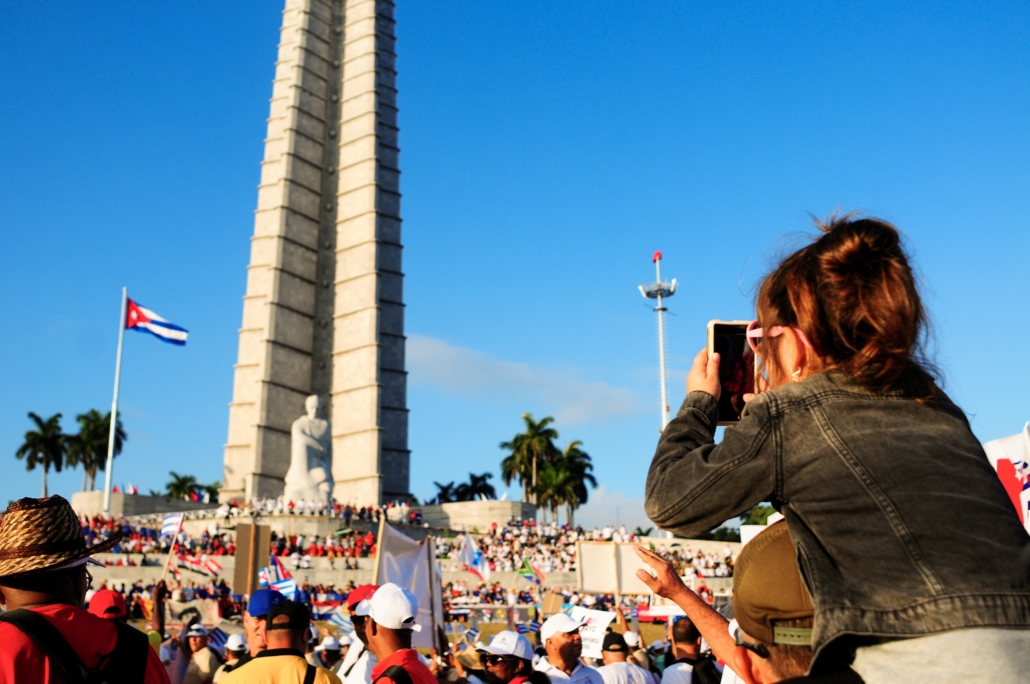 The Guardian launches new perspective under the title “Cuba is driving dissidents off island with threats of violence and jail, report finds“:

Cuba’s state security is pressuring dissidents to go into exile in its attempt to weaken opposition on the communist-run island, according to a new report by a non-governmental human rights organization. . . The Madrid-based Cuban Prisoners Defenders released a 259-page report that named 35 activists, independent journalists and artists whom authorities had forced to leave the country over the past two years, telling them never to return. . . State security threatened them with prison or bodily harm if they did not leave and harassed their families, the NGO, which has links to Cuba’s largest opposition group. . . Cuba’s government, which did not reply to a request for comment, accuses dissidents of being mercenaries paid by its longtime cold war foe, the United States, to undermine it and typically dismisses such charges as attempts to tarnish its reputation.

Hard to believe… The talk is still ON, although first roomers came out in April. Flora and Fauna state company and Cuba leaders are considering developing ostrich, crocodile and rodent farms for food productivity in times of crisis. Seven ostrich farms more specifically. Why? 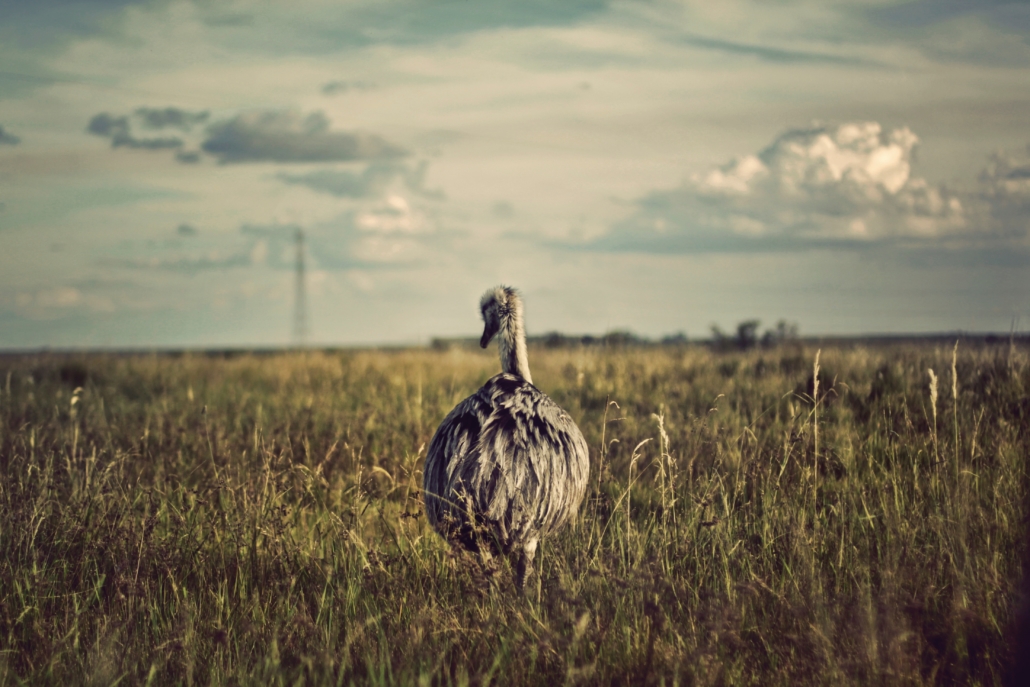 Photo by Ariana Prestes on Unsplash

An ostrich lays 60 eggs, and of those you get around 40 chicks, and from these 40 chicks per year you get four tonnes of meat – whereas a cow just gives birth to one calf and after a year it’s only a yearling,” said Guillermo Garcia Frias, who heads the company. (Cuba plans rodent and ostrich farms to combat food shortages, The Independent, April 2019)

#4 Young people in Cuba speak up

Despite motherland restrictions, limits, shortage and embargo threats from the US, Cubans still have the power to speak up about the past… Here’s a BBC News video from 2016, that still makes the front page nowadays… High volume of Views, that is.

The good news is that Cubacel launches a new promo to allow Cubans abroad to support relatives and friends back home with mobile credit, which is too expensive to be true. MORE than DOBLE BONO CUBACEL applies for all cell phone top ups delivered between June 24-29 (Cuba time). 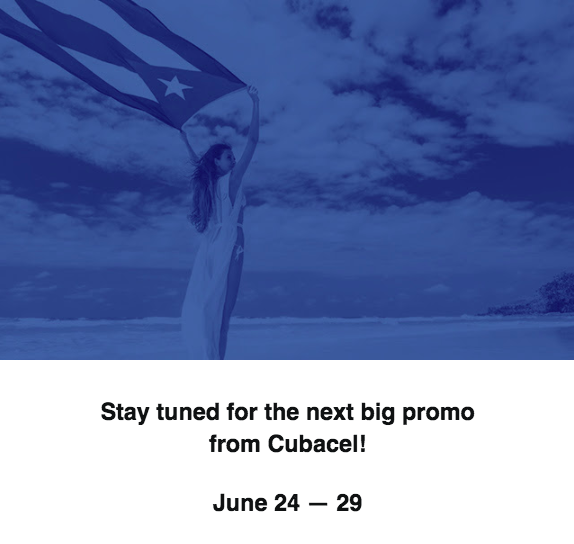