What are the Cuba news headlines that got viral these days?

You are here: Home1 / Cuba2 / What are the Cuba news headlines that got viral these days? 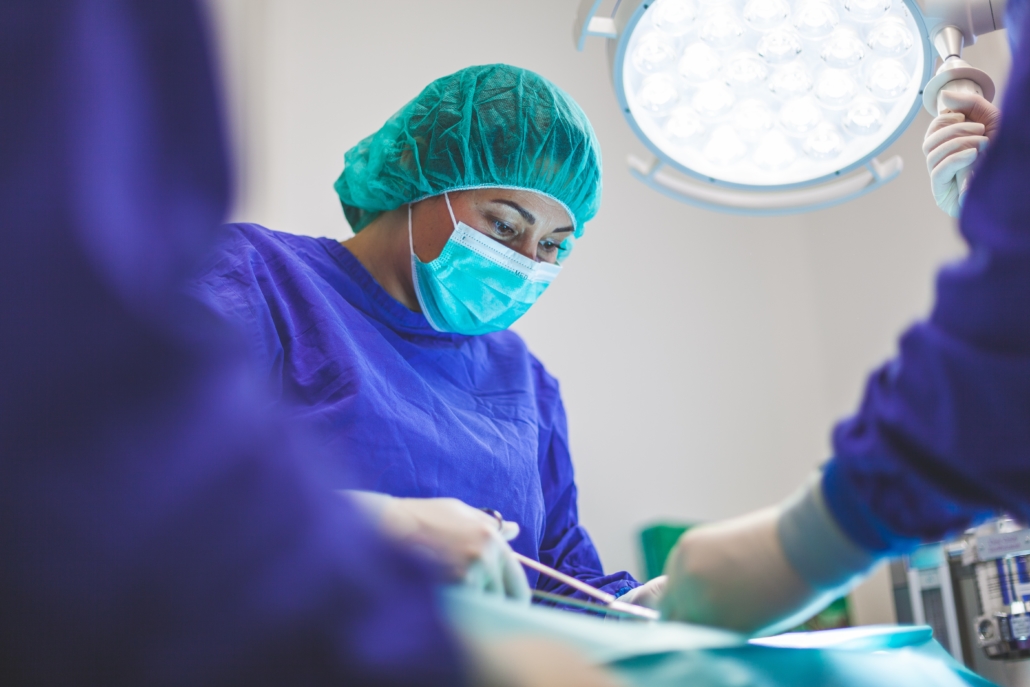 Photo by Artur Tumasjan on Unsplash

What’s getting most of the public attention about Cuba these days? So, we’ll throw an eye on the Cuba news headlines for Cubans abroad and curious world citizens. For example, we’ve found out more than 150 medical workers ended their business in Ecuador, and 4 were arrested in Bolivia. Plus, Cuba is planning new bus routes, and a king’s visit just turned into controversial talk around stray dogs. But more seriously… flight cuts to Cuba are a big buzz and the NEW Cubacel promo for you and your folks in Cuba. Let’s take them in turn!

First official visit of the Spanish king to Cuba

Did you know it? Because it made it to top Cuba news headlines on Google. Why is it such a big deal? Let’s recap.

Cuba never received the official state visit from a Spanish monarch, although the current king has been to Cuba before. During the first week in November, King Felipe VI and Queen Letizia of Spain arrived in Havana to participate in the celebrations held for the 500th anniversary of the city’s foundation. They visited the capital city and part of the Santiago area.

Any trace of controversy yet? Yes! The officials “wanted to impress the royals” as MiamiHerald puts it, so they ordered that all stray dogs be killed. OMG, right?

Leave your thoughts below… We need to keep quiet now. 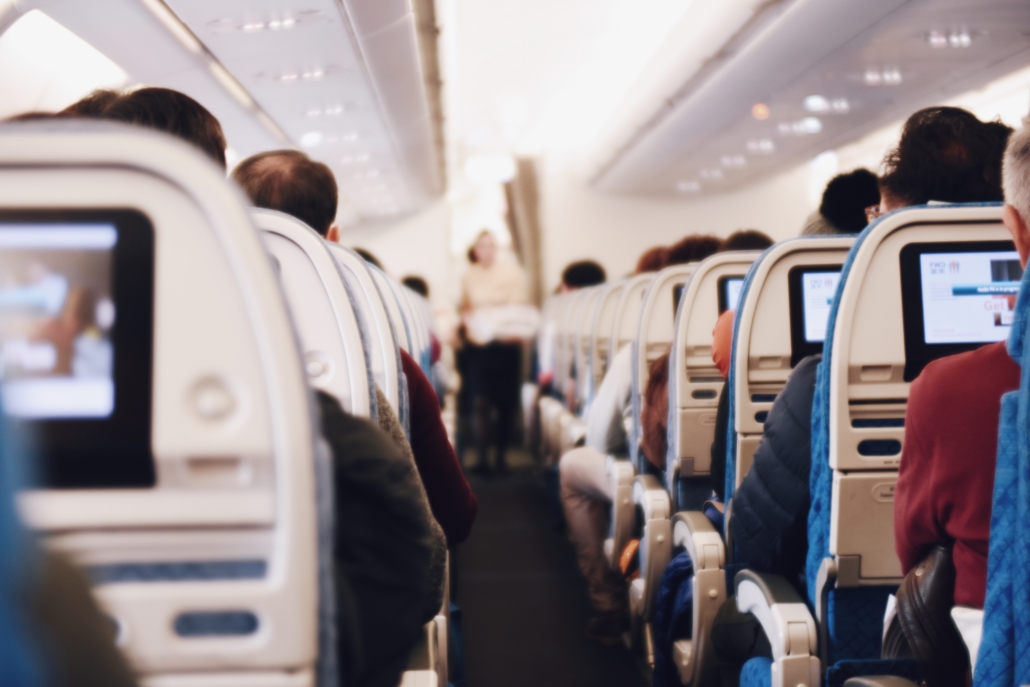 Photo by Suhyeon Choi on Unsplash

The news has been release around October 26. Yet, the decision of the US authorities to limit US-Cuba flights is still making some noisy controversial buzz in the Cuba news headlines and the Cuban American community. But what happened?

The US Transportation Department said in a notice it was taking the action at the request of Secretary of State Mike Pompeo to “further the administration’s policy of strengthening the economic consequences to the Cuban regime for its ongoing repression of the Cuban people and its support for Nicolas Maduro in Venezuela”.

Drawing the line, the decision affects almost exclusively Cuba expats visiting Cuba, that amounted to 500,000 last year. Plus, the whole context is not friendly, since the Trump administration has reduced the visas for Cubans visiting the USA. See the point?

Yes, top of the Cuba news headlines: the first wave of Cuban medical professionals returned from Ecuador as the collaboration between the 2 countries on a medical level ends.

Don’t you think they’re fed up with life in Ecuador. It’s a big governmental decision of the Cuban authorities. Thus, half of the 363 professionals offering their medical services in Ecuador returned to Cuba this November.

In Havana, Public Health Ministry Doctor Jose Angel Portal Miranda thanked them for their performance and reiterated to the Ecuadoran people the will of Cuba to continue providing them with health services, despite the fact that cooperation is ceasing by a decision of their government.

Portal added that the return of the doctors from Ecuador opens up the possibility of their presence in other countries who need their services. (Radio Havana Cuba, “Cuban Medical Brigade Memebers Back from Ecuador”, en.escambray.cu)

It made it top of the Cuba news headlines! According to many sources including a CubanNews.com article, the Bolivian authorities released the four Cuban health workers they’ve arrested on November 13 for complicity in the Bolivian protests. Finally, Amparo Lourdes García Buchaca, Idalberto Delgado Baró, Ramón Emilio Álvarez Cepero and Alexander Torres Enrique reunited with their colleagues in Cuba.

The reps in the government of Jeanine Áñez reported the arrest of the four Cuban members in the medical brigade denying any their financing of the pro-MAS protests starting with October 20 when elections took place in Bolivia. It seems it has been a misunderstanding based on some admin documents, payrolls and bank details that coincided with the protest season. What a mess!

MiamiHerald, along other famous publications, touches the topic well, as they usually do, in an article released on November 6. The budget cuts for the made it in top 10 Cuba news headlines these days. The critical point was when the staff found out… unable to anticipate the possible changes. 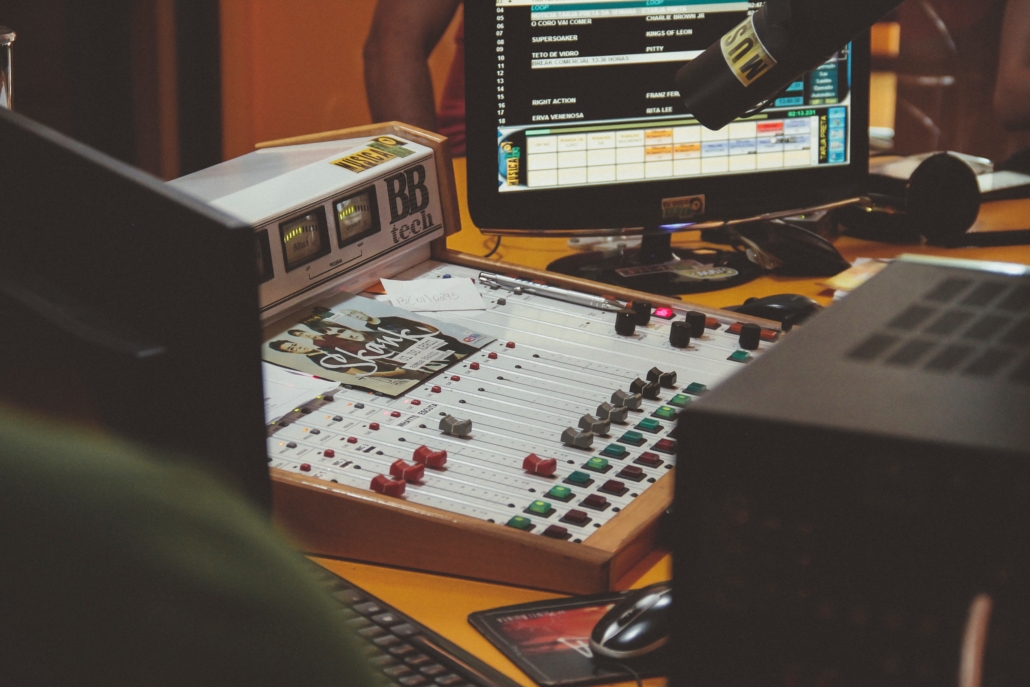 Photo by João Silas on Unsplash

Before quoting MiamiHerald’s point of view, we should remember that Radio Martí has been voicing uncensored information to Cuba since 1985, working on federal budget. Nowadays, the Cuban authorities seem to have made more and more difficult for the Cubans in Cuba to to get the right signal and have access to the radio’s and TV station’s news.

You may know it or not, that the Martí stations receive a budget of around $29 million to function and speak up. Yet, it seems that the House of Representatives and the Senate in the USA have suggested officially cuts for 2020.

The House approved $13 million and the Senate $21 million, but both chambers could negotiate a compromise figure or keep the current level of funding. (MiamiHerald, “Members of Congress ask about ‘drastic’ plans to cut staff at Radio and TV Martí”, November 6, 2019

How will this affect us? What do you think? Please leave your comments below.

Cuba restores some of the national bus routes after fuel crisis 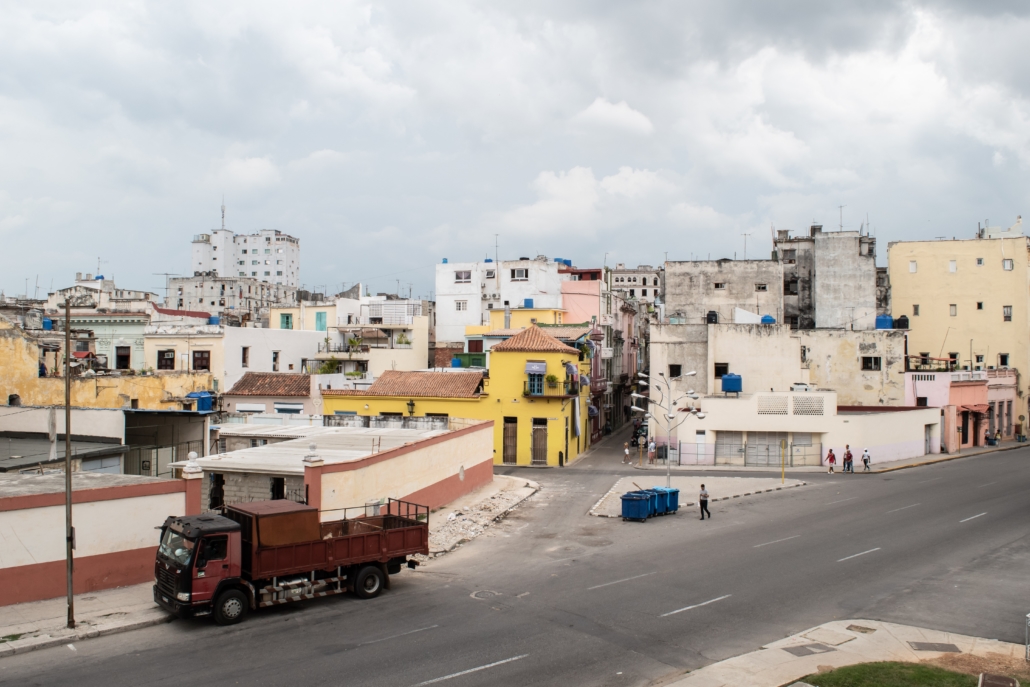 Photo by elCarito on Unsplash

NEW entry in the Cuba news headlines this week. The National Bus Enterprise (state-owned entity) in Cuba announced a reform or optimisation, that apparently had no chance to take place during the fuel crisis. 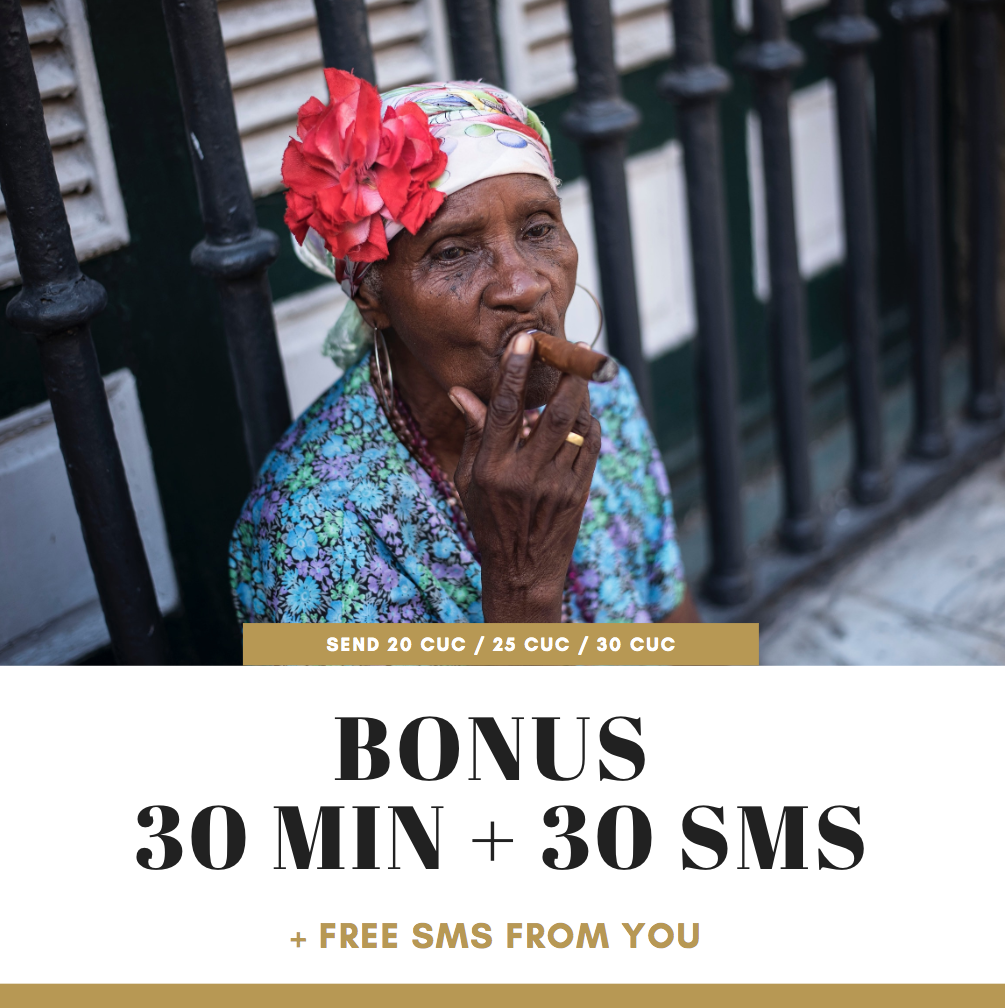 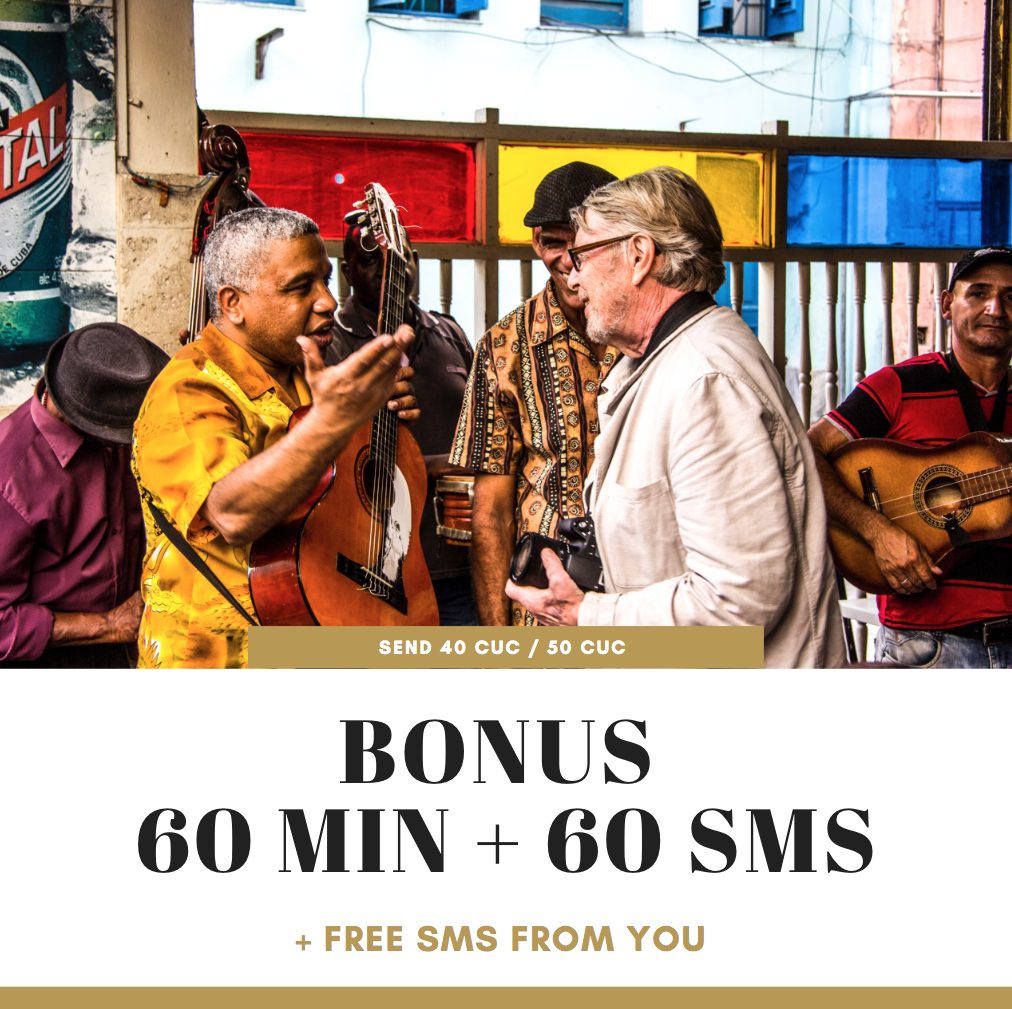 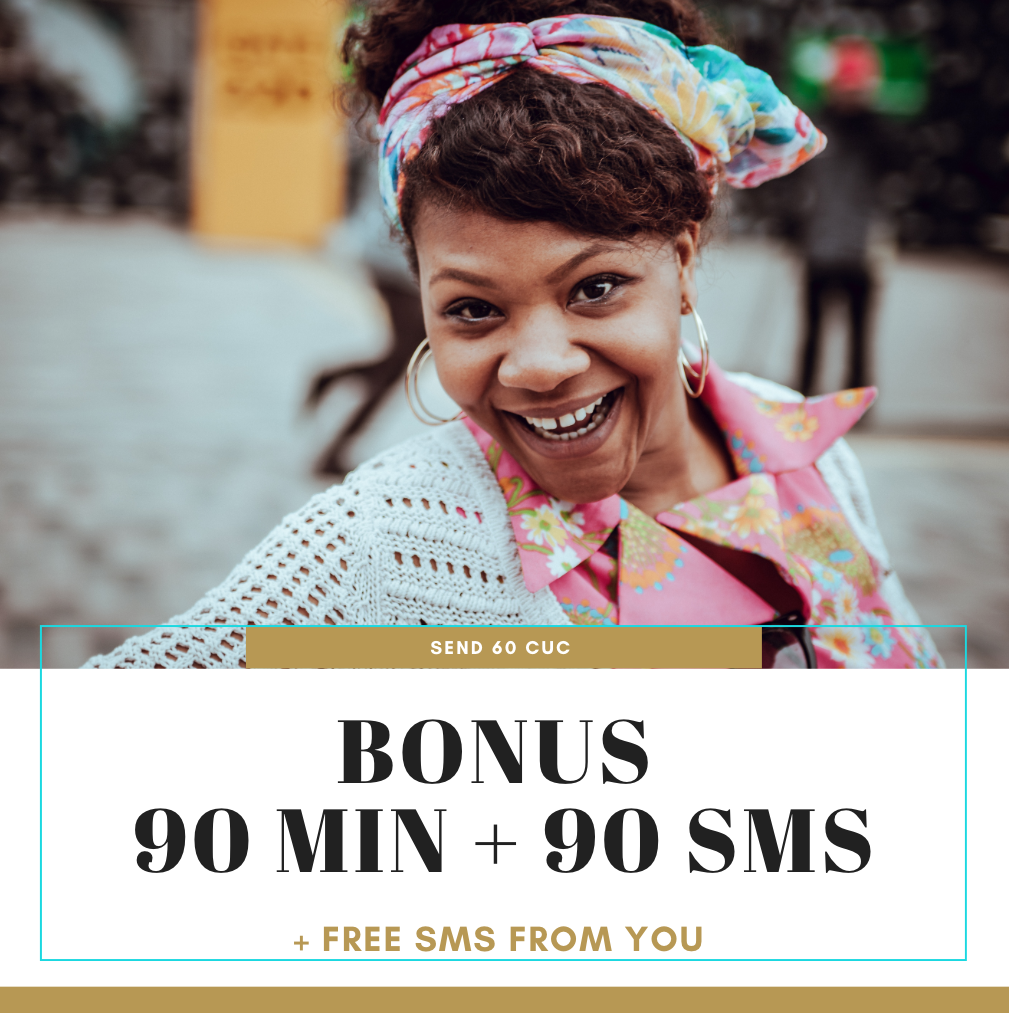 It may not be in top 10 Cuba news headlines, but it’s viral online. Especially for the Cuban communities living overseas. Are you one of the players there? 😊

The NEW promo facilitates long-distance top ups of calling credit and SMS for folks back home in Cuba. Let’s face it, it’s the best way to help on the local phone bills in Cuba, where the ratio income and telecom prices is sci-fi. Literally!

Follow @MobileRecharges
Expats' Friend
2 striking facts on November 10: NO top up fees & Kiva donation on your...