What does Cuba export and import these days?

You are here: Home1 / Cuba2 / What does Cuba export and import these days? 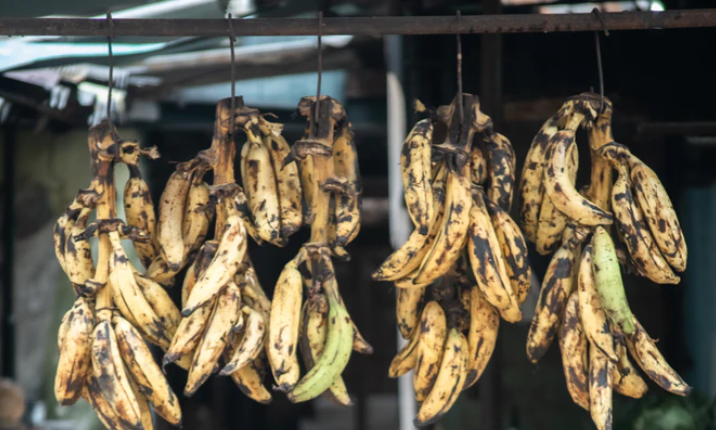 Photo by elCarito on Unsplash

What you bring as gifts from Cuba can pass as a touchy Cuba export when we play Monopoly. Joke aside, :)  let’s see what the official numbers are saying.

The case is interesting not because Cuban products are few and great, but because we can finally focus on goods that a state-controlled planned economy needs and offers. For readers that are not so much accustomed to Cuba, we’re talking about a society where the public sector is made up of 76% of the population, and the private sector of 24%.

Cuba is the 138th largest export economy in the world and the 75th most complex economy according to the Economic Complexity Index (ECI). In 2017, Cuba exported $1.41B and imported $6.21B… (Cuba, OEC.world)

Where do Cuban products go?

That nice taste of a fresh tropical fruit is as strong as Cuba’s potential to grow from exports. But the story is a bit complicated. Attempts to increase exports have been made since the 1960s, yet there’s a long way to go before Cuba can play its full potential.

The Chinese & the Dutch love the taste of Cuba

Before talking about the WHAT, let’s see the WHERE. Where do the Cuban products go? That’s interesting for at least two reasons. Who gets to have the feeling of Cuba via the products, and what countries does Cuba relate to on an economical level… 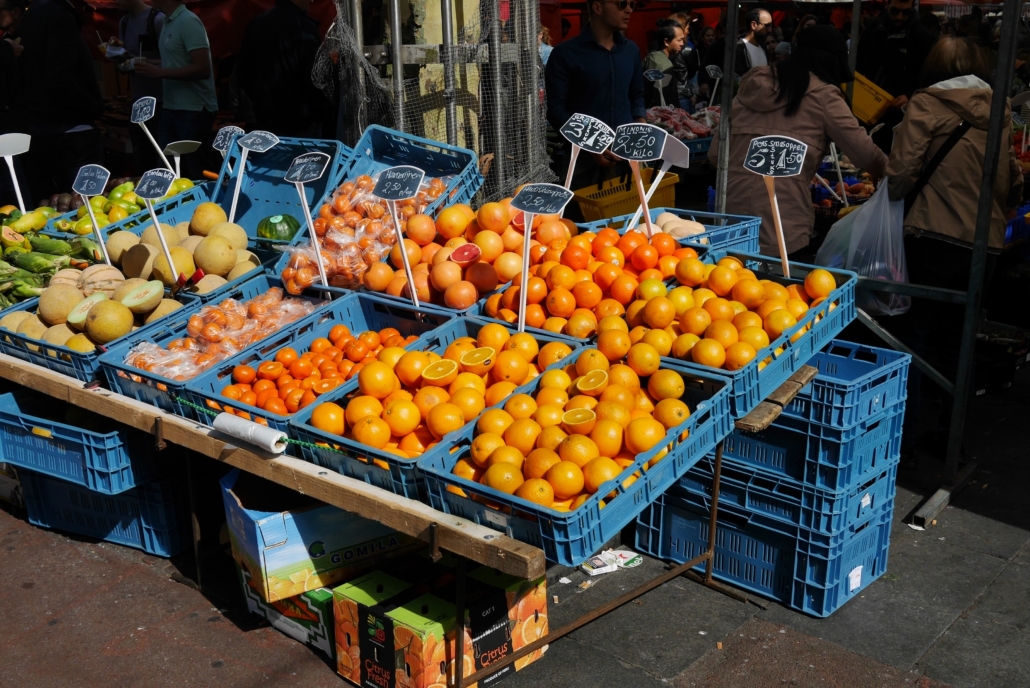 Photo by P. Bc on Unsplash

Well, according to riplybelieves.com most exports go to China and the Netherlands. Next, it’s Spain, Senegal, United Kingdom and Venezuela. Interesting right? All over the world!

Cuba can change the world!

The Cuban pharmaceutical industry could enhance the possibility of improving worldwide health care.

Among the major exports from Cuba are the pharmaceuticals. The list goes on with refined fuels, sugar, coffee, fish, health care, tobacco and nickel. “Tobacco and nickel”?! Sounds like a punk band, right? A pretty weird combination, you’d think… Not at all! Just on paper or on the plate. :) Otherwise, it’s economically wise. 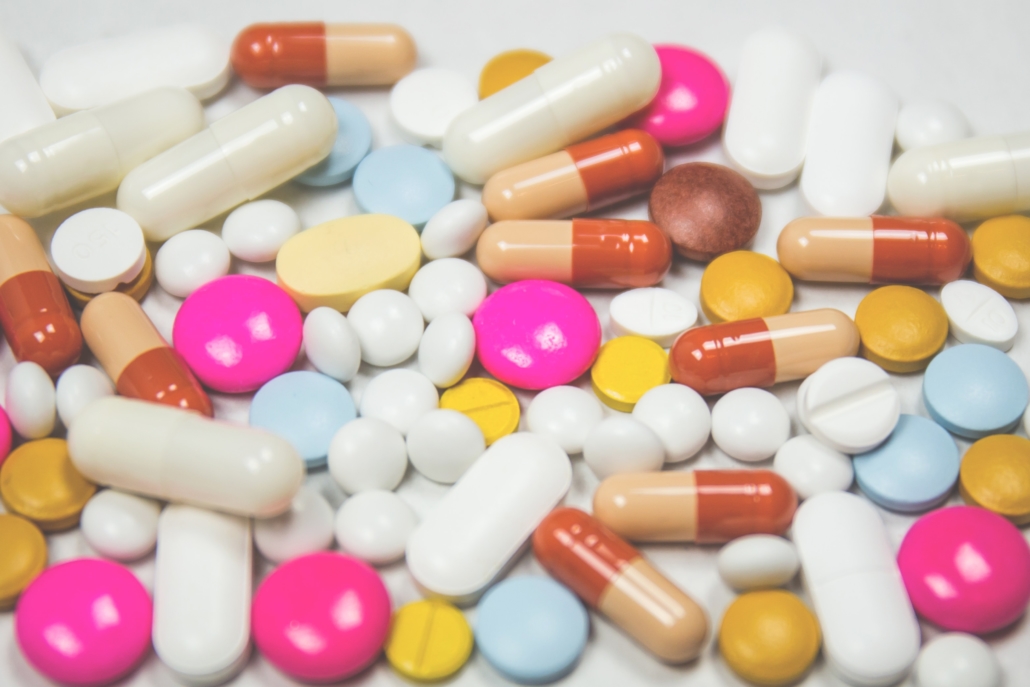 Photo by freestocks.org on Unsplash

No more a secret for the rest of the world. Medicine in Cuba rules! And naturally, the pharmaceutical research and sector developed as well. First for Cuba’s population, later for the world. The only thing they need assistance with in this area are marketing and packaging according to ScienceDirect.com article. More about how alive is the pharmaceutical industry in Cuba here.

You may ask where does Cuba export medicines? OMG, you won’t believe! To more than 51 countries.

Cuba now exports vaccines, diagnostic kits and drugs developed by its Center for Genetic Engineering and Biotechnology — the largest research center on the island — to 51 countries. But except for a small shipment for a clinical trial, the United States isn’t one of them. (MedicalDailyJOurnal.com)

Did you know Cubaexport is the only Cuban distributor? It pays a fixed price to coffee to the government according to “Coffee production in Cuba” Wikipedia article. Where does it go? At the moment, Cuba export market for coffee is Japan, as well as France. Smaller markets are also in Germany, UK, Canada and New Zealand. Yes, the Cuban Arabica and Robusta travel that far!

In case your friends ask, tell them that most coffee is produced in Sierra Maestra mountains. More specifically 92%.

Boosted by French farmers fleeing the revolution in Haiti, coffee farms expanded from the western plains to the nearby mountain ranges. (Coffee production in Cuba, Wikipedia)

Did you know the Cuban sugar economy is the main agricultural economy in Cuba? Well, yes! Also the country was once the world’s largest sugarcane exporter. For many years 50% of the production went to the USA. Not any more… 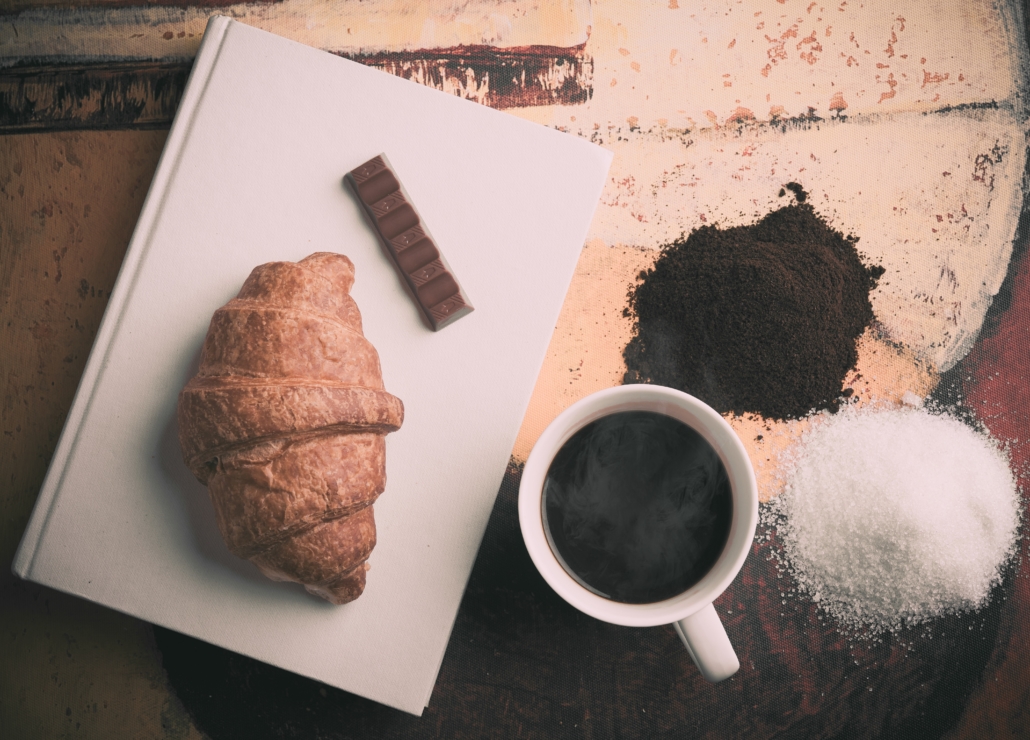 Photo by James Wei on Unsplash

Yet its production did indeed decline since the breakup of the Soviet Union in 1991 according to data on Wikipedia. “In 2015, raw sugar accounted for $378 million of Cuba’s $1.4 billion exports” (Wikipedia, Cuban Sugar Economy) and the production in the sugar mills fell from 8 million metric tons to 3.2 million metric tons the same year. (Wikipedia, Agriculture in Cuba).

Nowadays, the trend is this. Sugar production is increasing. 11% go to the Middle East and Africa. Canada, Venezuela and Mexico are also important buyers. But the trade agreements in the 1990s made new important customers: the Commonwealth of Independent States (CIS, former Russia Union) and China. (Cuba’s Sugar Industry in the 1990s: Potential Exports to the U.S. and World Markets, AsceCuba.org)

The main markets for Cuba tasty crustaceans and molluscs are Japan, France, Spain, Italy, Canada and Florida, whether fresh or frozen. 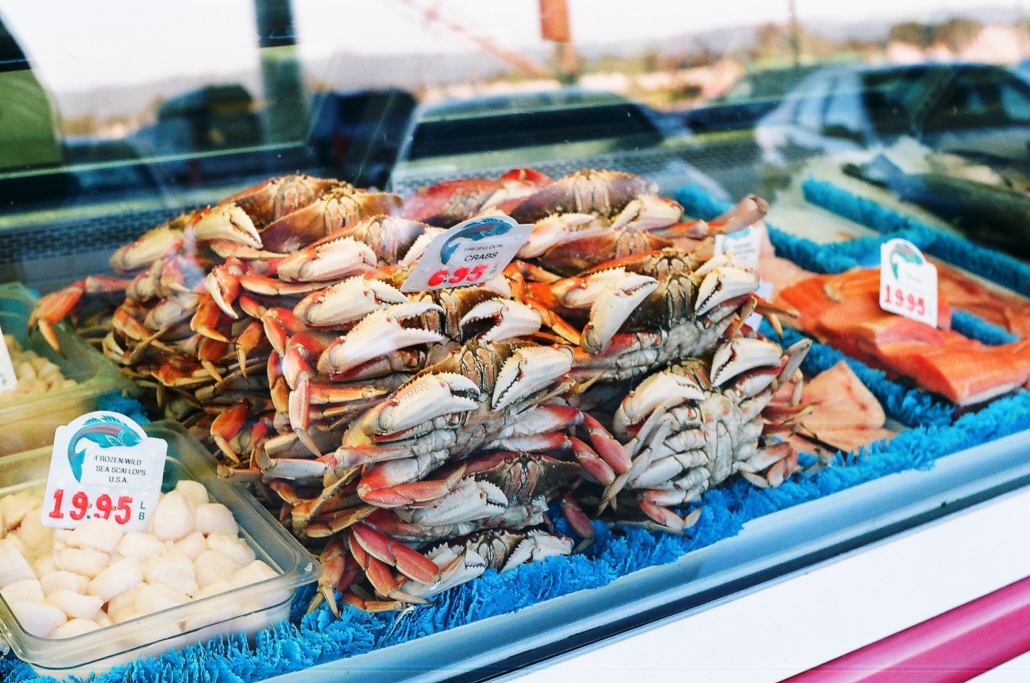 Photo by James Wei on Unsplash

Fish gets frozen, canned, smoked or salted. And we’re talking mainly about lobsters, shrimps and tuna. (An Overview of the Cuban Commercial Fishing Industry… , ufdcimages.uflib.ufl.edu)

How come does Cuba export refined fuel? It’s all based on oil from Venezuela. And why does Cuba export nickel? That’s a different story. Cuba has large reserves, according to a report of the European Parliament. Thank you Axel Fredrick Cronstedt, dear Swedish chemist who discovered the nickel element!

How about the Cuba’s trade partners? Canada and Venezuela for nickel. More on the topic here.

We’ve talked about this last export in the article How did the Cuban Heritage impact the world?

One of the desirable exports from Cuba to the rest of the world are the exotic fruits. It comes naturally, if we remember / consider the Cuban exotic fruit industry. We learn from the US Department of Agriculture that…

With ideal climate and land resources, production potential remains high. Production and demand will both recover and grow as Cuba’s economy recovers. If commercial relationships with the United States were restored, Cuba could initially look to U.S. sources for quality tropical fruits for Cuba’s growing tourist market. Eventually, as Cuba’s economy and its tropical fruit sector recover, the United States could provide new market opportunities for an increasingly competitive Cuban tropical fruit sector.

Plantain and banana production are rather present in the Cuban diet, but their potential on the American market could be big. These crops are the only ones that benefited from government programs. Read more about it here. 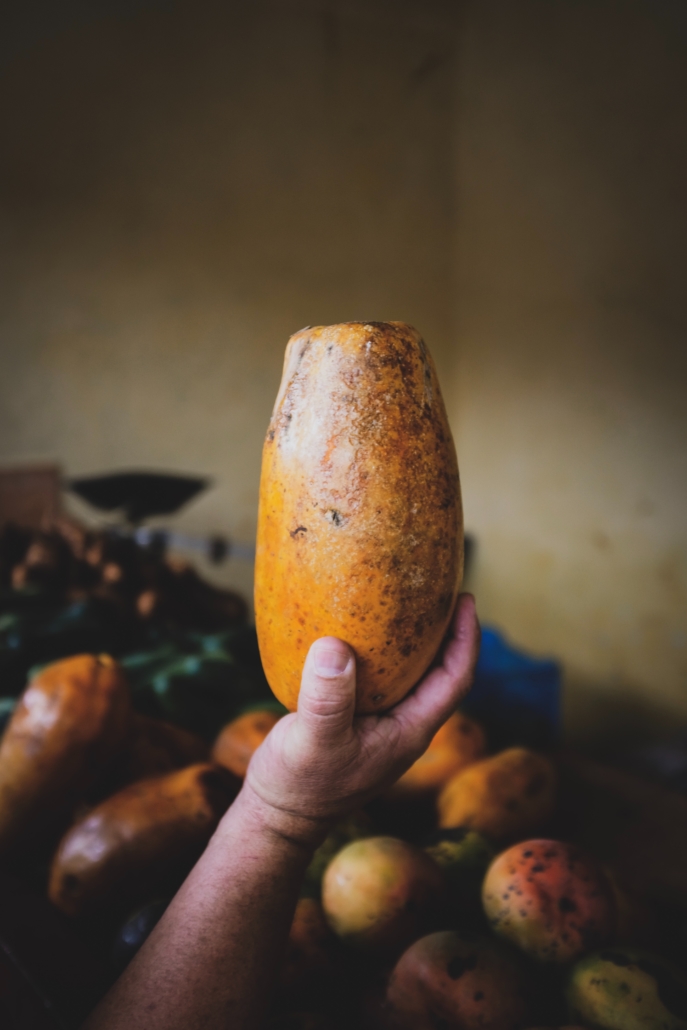 Photo by Stéphan Valentin on Unsplash

Other fresh divine fruits like mango, papaya, coconut, oranges, avocados, and so on… were left behind. Although, guess what, they are popular in a private segmented area of the online when it comes to exports. Imagine there are many websites like this one, selling fruit from Cuba, waiting for deals.

What does Cuba BRING IN the country?

Cuba’s main imports range from machinery, food to fuel products. Despite the existence of the embargo, the United States is the 5th largest exporter to Cuba (6.6% of Cuba’s imports come from the US) (Wikipedia, United State embargo against Cuba.)

According to WorldAtlas.com Cuba’s main imports include wheat, followed by refined petroleum which accounts for 3.87% of the total imports, concentrated milk, corn and poultry meat. Cuba also imports packaged machinery. But what no report mentions…

Money and Cubacel credit too 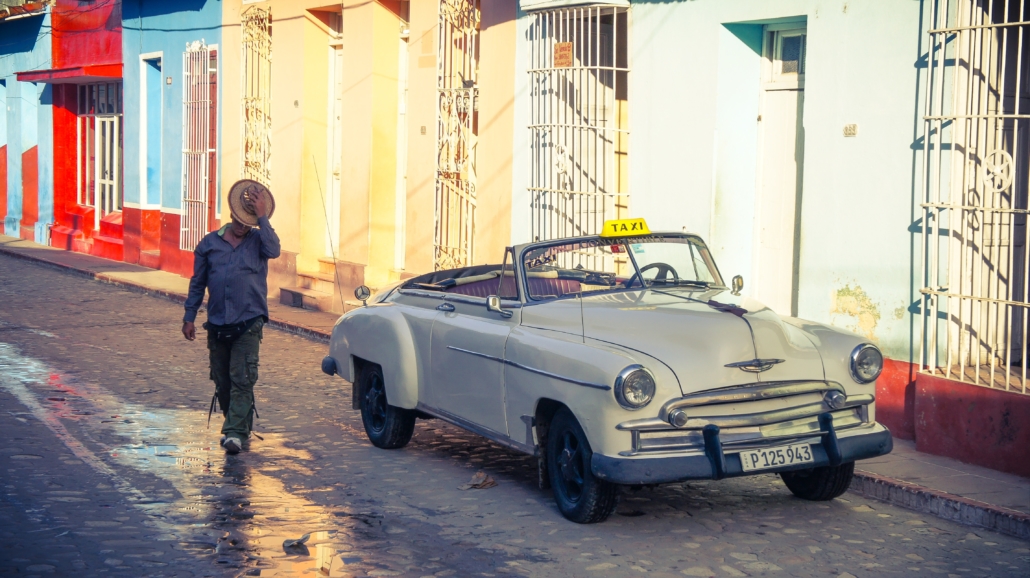 Photo by Vince Gx on Unsplash

People don’t mention it in the article on the import theme, but let’s face it! MobileRecharge friends know better how much money they bring in the country. And the numerous Cubacel top ups.

Yep, you guessed it right! Cubacel and Nauta may be local services, but a great amount of the credit fuelled in comes from abroad from relatives and friends living overseas. Not much to add to this, since you must be familiar with all the story around it…

By the way, a NEW Cubacel promo is running between November 11-16, 2019 on MobileRecharge.com or MobileRecharge app. Those who need to top up family’s phones should know that it takes less than 1 minute, PayPal is accepted besides all major cards, and the BONUS is generous!

This chapter is most sensitive, so we’re going to focus on it. For example, the imports grew 4 times more from 1960 to 2019 according to the IndexMundi.com report.

Old friendship stays tight. Former Russian Union states provide Cuba with 63% of its food imports and 90% of its petrol. (Wikipedia, Agriculture in Cuba).

Talking about FOOD, let’s end this talk in a good vibe… to remind you of the Cuban street food. Yummy!

Follow @MobileRecharges
Expats' Friend
4 cool & easy ways to save on your top ups around World Top Up Day 201...