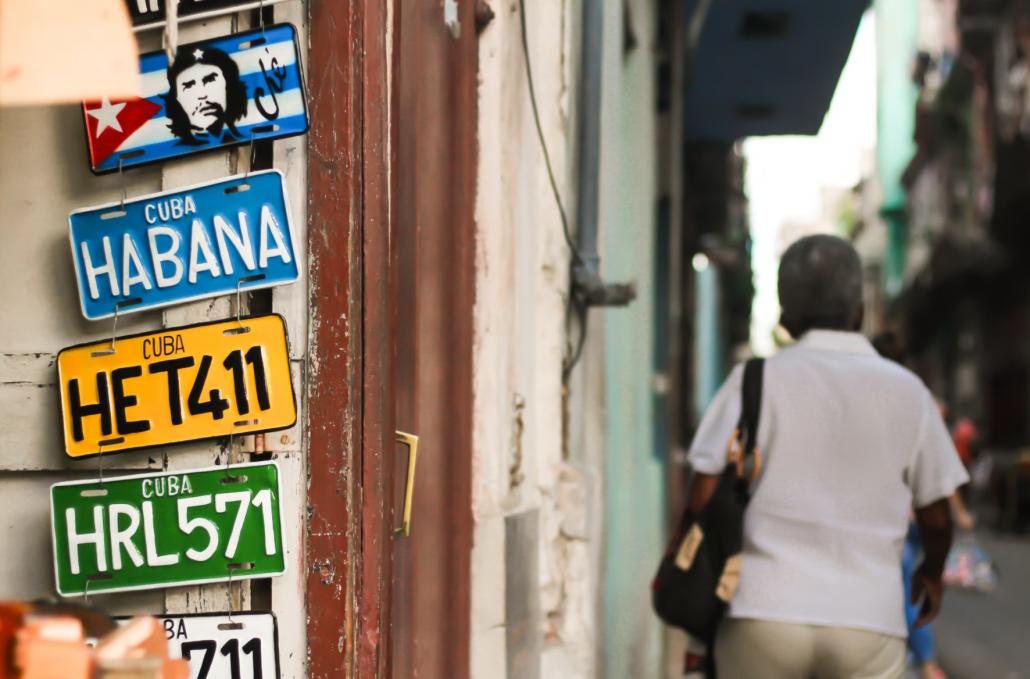 Updates from Cuba unfold a story of uncertainty and love. We have friends there, or relatives. So, it comes naturally to see how the war in Ukraine influences Cuba or what’s Cuba’s position. Or what happens with the family reunification programs. Or how does Revolut plan to support Cubans? Anyway, there are more questions on our minds, but let’s take them in turn.

First, before we forget, a new Cubacel deal is ON starting next week. This is the second in March and brings free data, SMS, and plenty of Cubacel credit. We’ll be looking at the hot points these days: the reunification program around the US embassy, the Ukraine war and the power poles, and how Cuba is affected or what’s its position and why. Next, we’ll briefly cover more expat support and Revolut apps for Cubans abroad.

Family reunification program for Cubans abroad and their relatives in Cuba 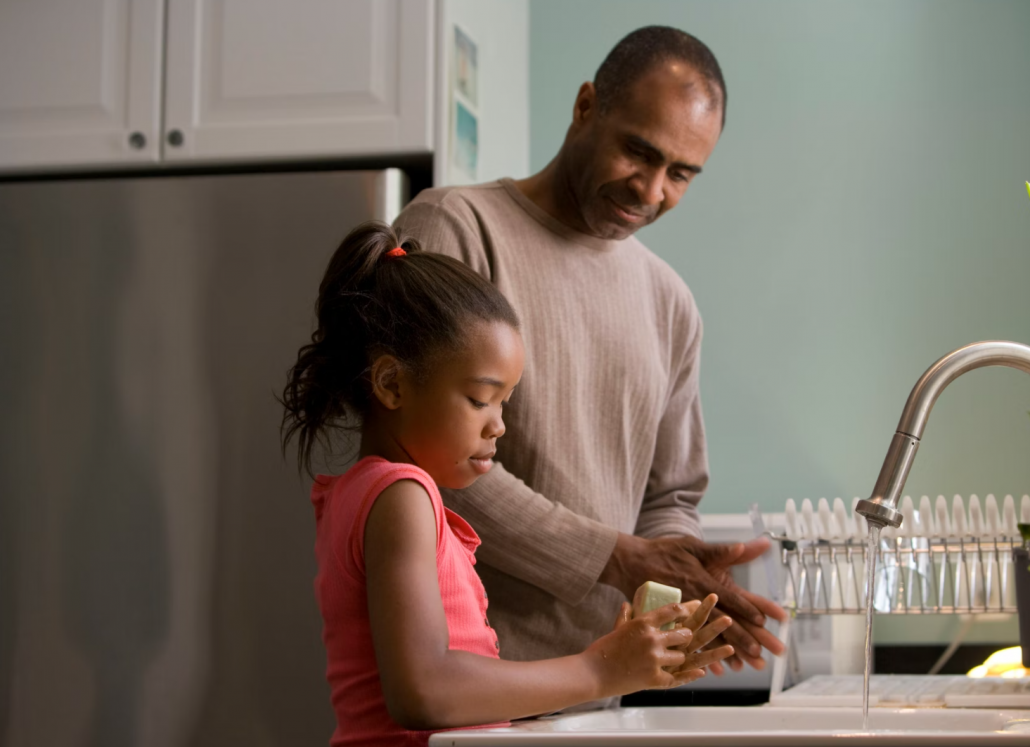 The U.S. Embassy in Havana came out with some updates. On March 7, MiamiHerald announced that the family reunification program suspended by the Trump administration is working slowly.

“A limited increase in processing immigrant visa petitions in Havana will not include thousands of pending cases” (“Family reunification program still in limbo as U.S. Embassy in Havana resumes some services”, MiamiHerald, March 7

Emily Mendrala, deputy assistant secretary on Cuba issues, stated that there was no date set to begin these services related exclusively to family-sponsored immigrant visa petitions.

Meanwhile, besides news from Cuba comes news from the U.S. Early in March this year, democrats in Florida filed a bill to restart the Cuban Family Reunification Parole Program or CFRP you can consult here.

[This program from 2007] allows certain eligible U.S. citizens and lawful permanent residents (LPRs) to apply for parole for their family members in Cuba. If granted parole, these family members may come to the United States without waiting for their immigrant visas to become available. (uscis.gov)

Not news from Cuba, but definitely good news for Cubans abroad who support their families on a regular basis.

March 21-26, a new Cubacel promo is running on MobileRecharge.com or the MobileRecharge app. The bonus that applies on all top-ups to Cubacel phone numbers in Cuba above CUP 500, brings up to 10 GB all networks and 10 GB international use, plus 100 Cubacel domestic minutes and 100 SMS. Pretty generous.

Depending on the top-up value, the Cubacel bonus from relatives abroad to people in Cuba is one of the two: 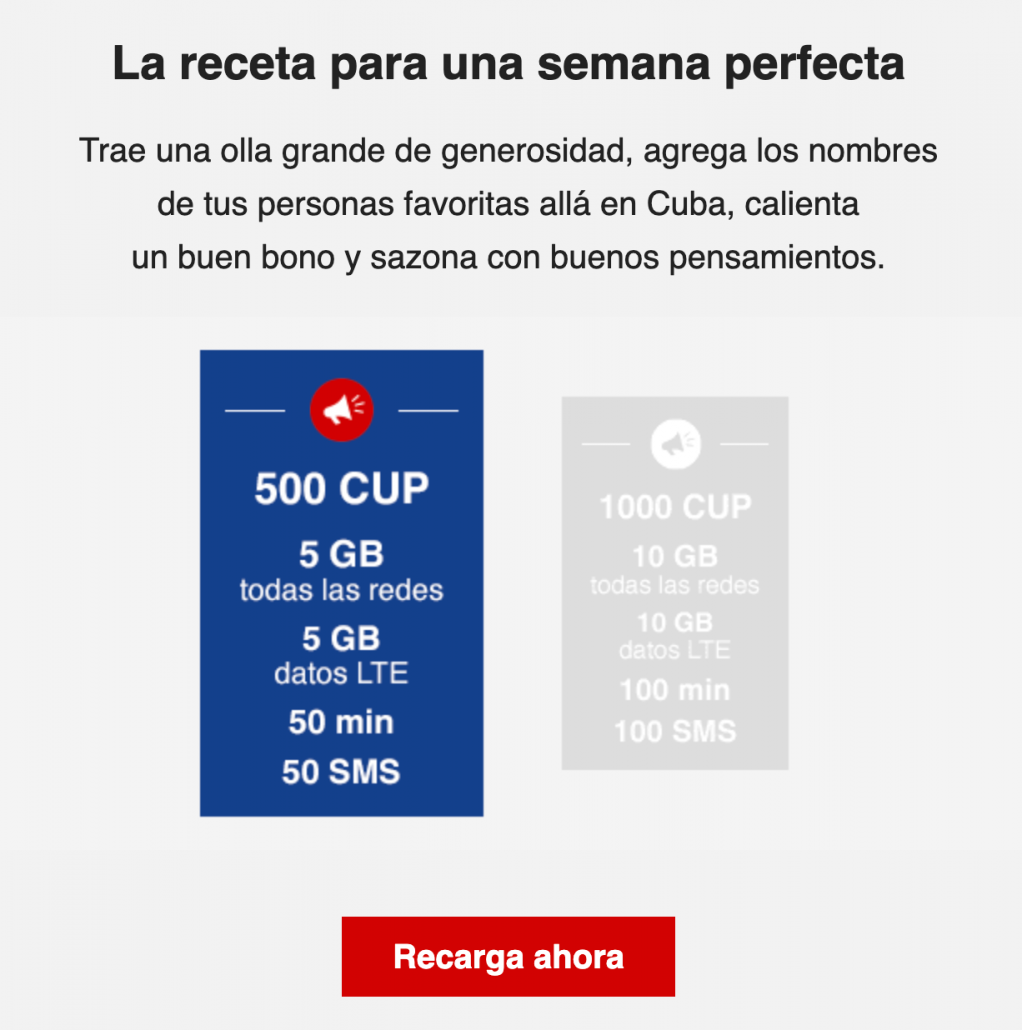 But of course, there is no limit to how many top ps you can send to Cuba. That is, you can have a short list of names and phone numbers waiting for it, or a long one. The bonus applies to all during March 21-26 as long as your top-up is a minimum of 500 CUP and a maximum of 1250 CUP per Cubacel recharge)

Cuba’s support for Russia or Ukraine?

Tough situation, since Cuba and Russia have been in a long-lasting relationship for decades. After the fall of the Soviet Union in 1991, Cuba and Russia have shared and strengthened their diplomatic relations, especially after Vladimir Putin came to power in 2000. And then, Russia provided aid to Cuba after the hurricanes devastated the country in 2008. That included four planes of food, medical and construction supplies. Also, according to Wikipedia and popular knowledge, Russia is still Cuba’s leading creditor. That’s the context. 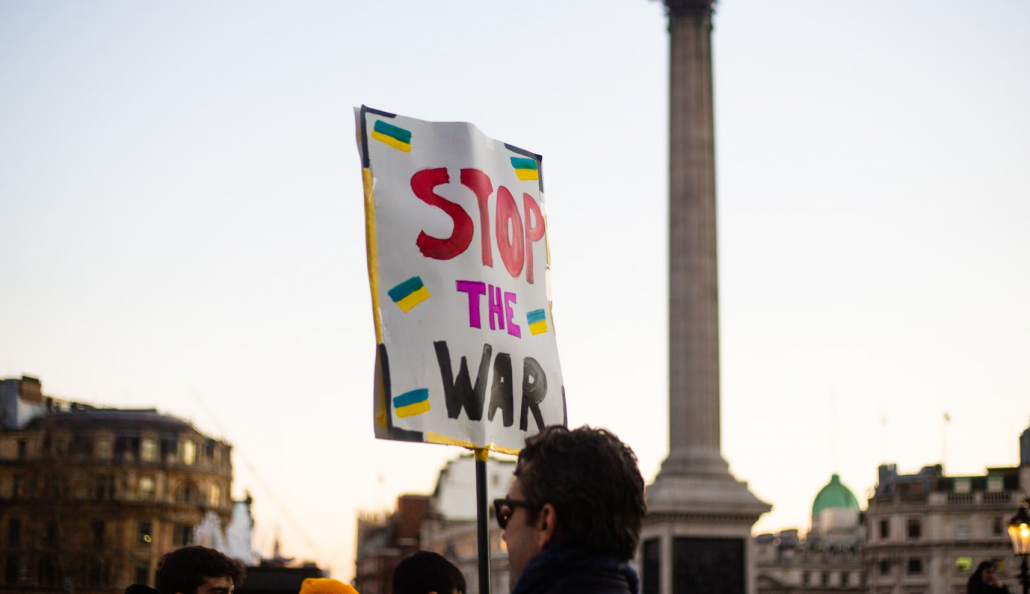 So, officials in Cuba have mixed feelings towards Moscow’s invasion of Ukraine, but no direct support for Russia. Nicaragua lined up with Cuba’s decision.

It seems Cuba has avoided condemning or openly supporting the Russian actions around the invasion.

Cuba joined China, Iraq, Iran, India and Pakistan, among others, in abstaining from the vote. (MiamiHerald.com)

The chief of mission at Ukraine’s Embassy in Havana, Oleksandr Kalinchuk, one of the top Ukrainian diplomats in Havana understand Cuba’s refusal to join Russia, as well as the “vote against a United Nations resolution condemning the invasion of Ukraine” as a sign of  “cautious hope” of the island’s government, according to MiamiHerald.

Cuba’s abstention vote on Wednesday was likely a response to a protest note that his government sent to Cuban authorities last weekend. (MiamiHerald.com)

Will Revolut serve Cubans too? 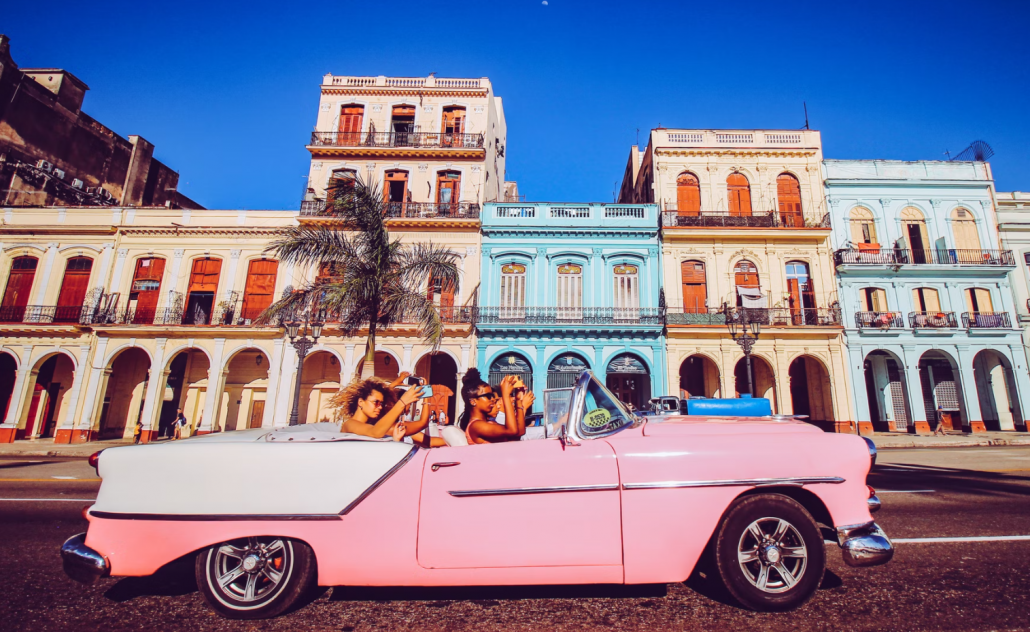 The news from Cuba looks promising. The Canadian group RevoluGROUP USA Inc. represented by Emilio Morales, their vice-president talked on March 8 about the app RevoluPAY.  His speech was held at the International Humboldt University in Miami. The app will allow Cuban Americans to send remittances to their relatives in Cuba. Huray! We don’t know more details about the conditions yet,  but the Revolut community may tell us more in the long run.

We’ll see what comes next, as you can see tensed contexts, weird seasons in all fields. Which makes it difficult to label the news from Cuba as wow or such. Except one or two. Cubacel promo is included because it allows real support to everyday communication in Cuba. Count on MobileRecharge.com to facilitate, the lowest processing fee on the market applies.

And some tips too.

We’ll announce the upcoming or ongoing Cubacel promos by email. In case you miss the offer, we’ll make sure to remind you about the remaining time. No one complained, everyone said it is helpful, so we continue the tradition. You won’t need to remember to log in, visit the website, and so on. You’ll have it in your inbox, next to your morning coffee or tea.

Answers to your possible questions at the end of an article we’ve written early this year.