Blog - Latest News
You are here: Home1 / News2 / 10 most generous ethnic groups abroad who top up mobile phones of rela...

Unexpected or totally predictable? You decide! According to a new report issued by MobileRecharge.com team, expats originally from the Caribbean are the most generous ethnic group right after the Mexicans. The study focuses on those who made mobile recharges for their families early in 2018, right after the Happy New Year buzz. Other groups who hurried to top up mobile phones of relatives and friends in January and February this year include some Hispanic groups, Nepalese, Ghanaians, Liberians and Afghani living abroad.

Truth is that hundreds of expats returned to their domestic habits once the New Year fireworks were off. Well, not immediately after, but soon after! :) For those who usually support from the distance their families, recharging their cellular phones was on the agenda by default. And all this, despite the holiday party fatigue!

Why expats keep supporting their families? That is personal territory, let’s not go there… yet. Anyhow, it’s interesting to see such an extended mobile recharge map of Generosity! And religion doesn’t seem to make the difference here. Empathy and kindness make generosity.

Well, they are the most generous of all expats when it comes to making mobile recharges for their families in Mexico. At least this is what statistics say. Early in 2018, their generosity was all over the MobileRecharge.com charts. One thing is sure. They are among the most numerous expat community. Over 12 millions! Photo by Joe Gardner on Unsplash

Many already use MobileRecharge.com to send mobile credit to Mexico.

Check top up Offers for Mexico

The mobile operators who welcome mobile credit from abroad for their subscribers are: Telcel, Cierto, Maz Tempo, Alo, Virgin, Unefon, AT&T and Movistar. And there are frequent promotions running.

Over 1,300,000 Dominicans were legally living abroad in 2015, according to the International Organization for Migration. For them, there are 5 operators available on MobileRecharge.com to help send mobile credit to people in the Dominican Republic who use Claro, Orange, Viva, Tricom prepaid local credit.

Jamaicans are among those who top up mobile phones online generously, although stereotypes say “empathy” does not run over the popularity of “Rastafari” in the Jamaican culture. But you see, here’s a proof we are sometimes wrong. They rank number 3 in MobileRecharge.com list of top up frequency per ethnic group.

Photo by Michael Godwin on Unsplash

Thousands of Jamaicans abroad use MobileRecharge.com to top up mobile phones of their Jamaican folks back home. Mainly because it’s safe and it only takes seconds. What phones in Jamaica can be recharged from a broad? Well, for the moment Digicel and Lime (Flow).

The situation Salvadoran expats have been through as individuals and as a nation may explain their empathy and human generosity burst, and the many users on MobileRecharge.com, that top up mobile phones in El Salvador so often.

Salvador offered a great human resource export to the world. And Salvadorans who left the country had a really harsh emotional backpack. It was during World War II when many Salvadorans immigrated to the United States. In the 1960s the Immigration and Nationality Act of 1965 offered legal residency to the first comers, and this determined the development of Salvadoran based communities in San Francisco and Los Angeles. Photo by Daisy OBryan on Unsplash

In the 1970s, Salvadoran migration grew due to human right violations, over-population, economic and political issues in El Salvador, along with civil war violence. And in the 1980s, about 35% of the Salvadoran population had been displaced. Hurricane Mitch was another factor that drove Salvadorans outside their country to the USA. Today, many have Temporary Protective Status and work permits. But these work permits need to be renewed and approved by the Congress of the United States.

Today over 5% of the country’s population lives abroad. In the first stage, many leave without the whole family, so they continue to care and cater for them. And online services like money transfers and mobile credit transfers are super duper saviours until family reunites. Photo by Joshua Watson on Unsplash

Ncell and Nepal Telecom phones can be loaded on MobileRecharge.com in seconds, without any contract.

Among the luckiest on MobileRecharge.com. They can benefit of almost DAILY Offers.

Maybe that is one good reason (being encouraged, that is) why they rank #5 among the queens and kings of Mobile Phone Kindness. But also, their generosity can be a direct projection of their number in the world: over 600,000. Eight times more than the Guatemalans!

MobileRecharge.com makes it easy for them to top up mobile phones in Honduras, that pertain to Tigo and Claro, with all their cornucopia of mobile goodies: calling credit and and Internet, plus other packages.

Africans are extremely sensitive when it comes to families, although Afro-outsiders would say they are not so caliente or attached as Latinos. Wrong! Just appearances… The reality is Ghanaians as well as other African groups abroad are among the communities who call their families most often, as well as top up mobile phones in Ghana. Very generous! On MobileRecharge.com, thousands of  Ghanaians out of the total of 800,000 spread in the world send airtime to Ghana weekly. Just saying… Photo by Alexis Chloe on Unsplash

Send airtime to someone in Ghana

The operators available for such transactions to Ghana’s mobile users are: MTN, Vodafone, Airtel, Tigo, Glo, Expresso in Ghana.

They are a very controversial migrant group of over 1,200,000 people living outside mother Haiti. On one hand because in the 70’s Haiti was a diamond in the Caribbean crown. Full of tourists and rich in resources. Next it got exploited and earthquakes worsen it. Most of the news is bad news… on TV. Yet Haitians are great mix from a genetic and cultural point of view.

Yet, they adapted easily in the societies they landed on. And we know many of them living in the USA, Canada, France, UK and Belgium. Highly sensitive, they send mobile credit to their relatives on regular basis. No kidding. Photo by Eye for Ebony on Unsplash

This is option is available on MobileRecharge.com. Haitians abroad need a minute to send airtime to relatives in Haiti, who should be subscribed to Natcom, Digicel or Voila to receive the credit.

Over 75,000 Guatemalans were living outside Guatemala in 2015, most of them in the USA. That’s where many of those who still have families back in Guatemala heard about MobileRecharge.com as a tool to facilitate their mobile top ups for people in Guatemala. It takes seconds and not only that. The Jackpot is that there are DAILY promotions running for such long distance top ups. Just imagine, you want to send your dad in Guatemala $7 mobile credit for his local use, and these days, for example, he’s going to get 400% MORE.

No wonder Liberia is in this list. It’s not the first of this kind. According to a Telegraph study published in 2017, Liberia ranks #14 in the “helping your folks” and “helping a stranger” test. On MobileRecharge.com, there are thousands of Liberian expats who top up mobile phones of relatives in Liberia, subscribed to Lonestar Cell (MTN) or Cellcom Liberia.

As for the Afghani abroad who top up mobile phones of their folks in Afghanistan, again… generosity is part of the culture. Family is sacred, and once they are abroad, connections strengthen in material terms. The first Liberians who left their country behind were slaves and it happened in the 17th century. Things have changed radically, and in 2015 there were over 5 million Afghani (13% of their motherland) living happily outside their native country.

Back to mobile top ups… Afghani abroad can top up mobile phones in Afghanistan that use Roshan, Etisalalt, MTN or Afghan Wireless, which is also offering Bonuses from times to times.

Top up a mobile phone in Afghanistan Photo by Jaimin Desai on Unsplash 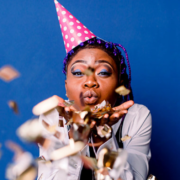 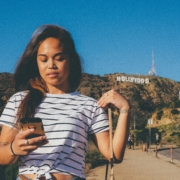 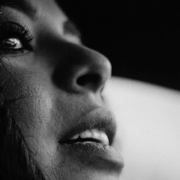