Blog - Latest News
You are here: Home1 / Customer Stories2 / 6 ways Immigrants impacted the world around us for the better

Immigration has always been a hot topic, just like religion or taxes. And just like these two, its impact is huge! In the USA, immigrants received throughout history both rounds of applause and bad labels, starting with president Cleveland and up to Trump. But this happened everywhere in the world, not just the USA.

Yet, history has proved that immigrants had a positive impact in many societies throughout time, both in terms of economic growth thanks as a working class and innovative minds with different new skills and new perspective. But let’s not leave out the cultural diversity side effect.

Talking to immigrants in the MobileRecharge.com community we get a new and reformative view on things. They use MobileRecharge app or the website to for mobile credit transfers, but the relationship we have with expats is more comprehensive on Facebook and Customer Support. And we got to know the positive impact they have on the lives of their folks back home too besides their social and working environments.

To expand understanding, let’s look at immigrants on macro scale… their positive impact on the world. Real facts!

#1 PayPal, Tesla, Uber and other giant services exist thanks to Immigrants

The flood of immigrants across borders has always been and still is an act of courage of people who are open to face dangerous and vulnerability, culture shock and homesickness to build something fresh for themselves and / or their families.

Many Americans and Europeans argue that immigrants steal their local jobs, or that they are a burden as taxpayers or a threat to local safety and culture. We can come up with a verdict, since good and bad intentions are everywhere, from the church door to the sky, in every field of activity, and all relationships on Earth. But from a bird’s eye view on history, immigrants adapted to their new environment and came with their input thanks to their courage and needs.

Photo by Alexander Redl on Unsplash

Tesla… Tesla believes the faster the world stops relying on fossil fuels and moves towards a zero-emission future, the better.

Few fans of MobileRecharge.com know that the service was set up by an expat working for Habitat for Humanity in the USA, who first started to provide long distance calling service for expats like him, before thinking of MobileRecharge.com to fill in the needs of immigrants who needed to send credit back home. The service was fair from start, just like KeepCalling, the calling service dating back in 2002, and also friendly in terms of usability. Photo by Christin Hume on Unsplash

The website made by an expat for expats soon became the main tool for many generous people living abroad who were helping their family members and friends with mobile credit.

It’s what the White House said in 2012 on their blog in “Ten Ways Immigrants Help Build and Strengthen Our Economy”: “Immigrants develop cutting-edge technologies and companies.” So, we immediately thought of two. Google and YouTube.

One of the famous characters who goes under the category, migrated and opened up a business for the world’s sake. We’re talking about the co-founder of Google, Sergey Brin, is originally from Russia. He moved to the USA and changed the Internet game for good. At present there are 40,000 search queries every second on average.

Now, think about the great impact in our daily lives, but also the opportunity he created for so many people working at Google.

YouTube has over 1,300,000,000 users and it is constantly growing. People love it for better and for worse, but few know that it is the offspring of a good friendship between the Taiwanese expat Steve Chen and the German Jawed Karim, both living in the USA.

Self-employment is stronger among immigrants, not only in the USA, but Europe and other parts of the world too, due to the legislation. So, many of them bring their home skills to the local table, if you know what we mean… They create new jobs, and also bring more money to the local budget. On a WhiteHouse blog article from 2012, during Obama’s presidency, immigrants are appreciated for such initiatives. Also, they are considered more courageous to start a business on their own, part of their pro active profile.

Did you know many of the crazes of today and yesterday are made by expats, or at least have their contribution?

See for example, Albert Einstein who helped shape America with his famous relativity theory and energy equation, among many other principles still helping the science world. But let’s not forget he warned us first of the danger of nuclear weapons. Anyway, he had a complex migration map. He was originally from Germany, then moved to Italy, next Switzerland, Austria, Belgium and finally the USA.

Does Levi Strauss ring a bell? Yes, of course! The jeans you’re wearing like a second skin became popular starting 1873 thanks to the German expat living in the USA. Thank you, Mr. Levi! Photo by Taylor Bryant on Unsplash

Before blaming the current migration waves for people’s daily frustrations, think about the past and what expats meant in the human history. You don’t need to take a plane to see things on a larger scale.

We, the MobileRecharge team serve expats daily. So we made up a small list of how expats impacted and continue to impact the world around us. Some facts are explicit, like the fact that many are self-employed or entrepreneur thanks to the legislative context. Some aspects are implicit. How did Google impact the world? Really? Do we need to answer that question? 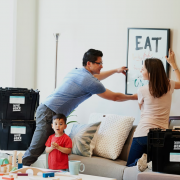 Friends in MobileRecharge expat community talk about their new beginnings 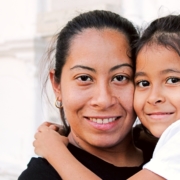 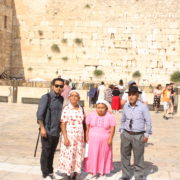 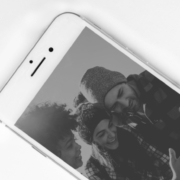 iPhone 6s, the first top up giveaway for World Top Up Day 2020 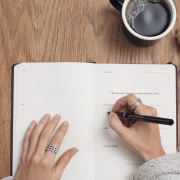